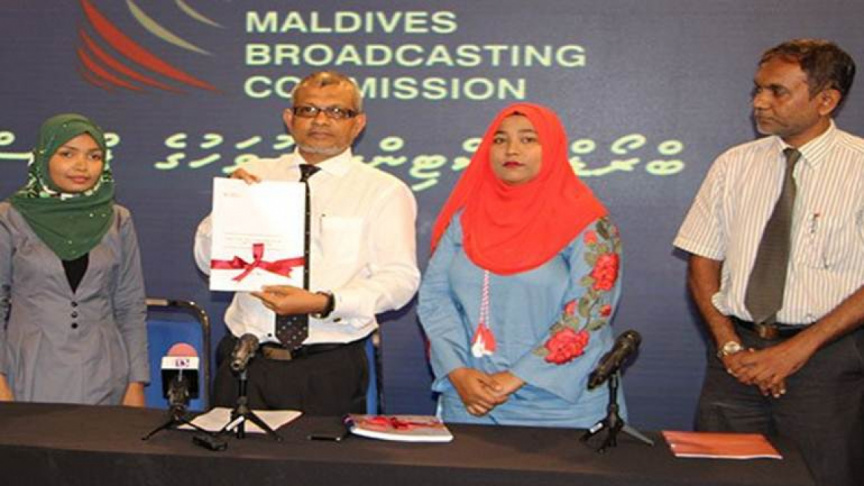 President of the Broadcasting Commission Shaheeb and Vice President Zaina. Shaheeb resigned from his post while the Parliament voted to remove Zaina from her post. (Photo/BroadCom)

Applications for the vacant posts on the Broadcasting Commission (BroadCom) has been announced by the President’s Office.

The announcement for these positions came after the President of the Commission Mohamed Shaheeb resigned. Applications for the vacant seats can be submitted until the 20th of this month.

Applicants must be a Maldivian of 18 years of age and must not have been convicted of hudud in Islam during the last five years. He or She must also not be in an elected position under the Constitution. Civil servants and people with an interest in the Communication and Broadcasting industry are also barred from applying to this position.

The names of these applicants were sent to the Parliament by the President which was then forwarded to the Committee on Independent Institutions in August.