Zaina dismissed from the Broadcasting Commission 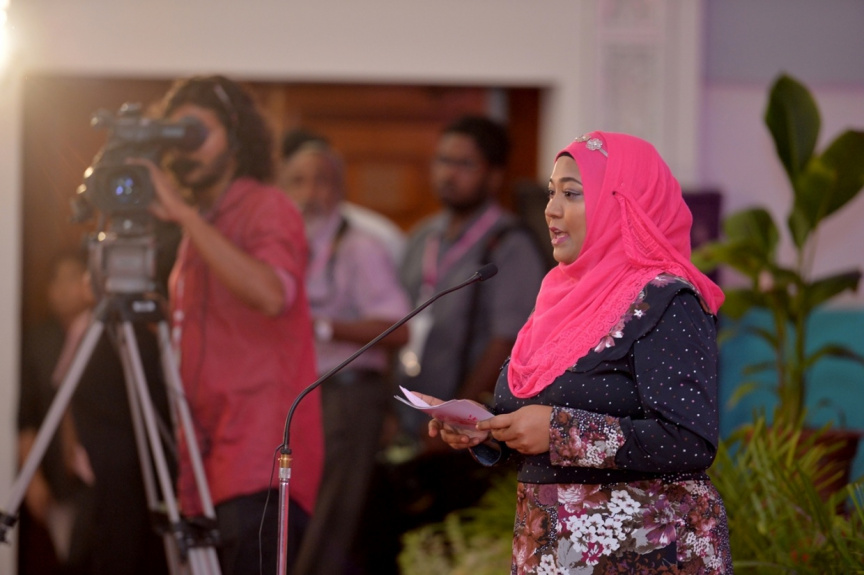 The Parliament has voted to dismiss the Vice President of the Maldives Broadcasting Commission Fathimath Zaina from her post.

Parliament’s Committee on Independent Institutions had passed to remove the President of Broadcasting Commission Mohamed Shaheeb and Vice President Fathimath Zaina due to a lack of confidence on July 24. However, before a vote could be officially taken in the Parliament, the President of the Commission Mr. Shaheeb resigned from his post, leaving just Zaina as the subject of a Parliament vote.

56 members of the Parliament voted to remove the Vice President with only one MP, Mahibadhoo MP Ahmed Thariq, voting to let her keep her post. The motion of no confidence on Broadcasting Commission members was initiated after allegations that it misused its powers, took politically motivated action against media, carried out acts that can be deemed as unconstitutional during the previous administration of President Yameen.

A report submitted to the Committee on Independent Institutions regarding Zaina stated that she had submitted issues and complaints related to content broadcast by a specific TV station on numerous occasions, but did not make the same effort when the same content was broadcast by other TV stations.

The Parliament subcommittee that investigated her case noted her actions as unjust and biased. She also took part in political activity in October 2017, which is against broadcasting regulations and created questions regarding her integrity, according to the report submitted.

The subcommittee also noted bias on Zaina’s conduct in deciding on complaints received by the Broadcasting Commission. She had handed down the harshest punishment available for a first-time violation of content broadcast by a specific channel. She had failed to conduct herself in the same manner when dealing with another channel regarding a similar matter, according to the report.

The report by the Committee on Independent Institutions also stated that there was no desire to attain justice from the members and recommended that Zaina and Shaheeb be dismissed.

The Committee is also investigating a case regarding Zeena Zahir who is also a member of the Commission. No decision has been reached regarding the case yet and Zeena has been allowed to respond to the accusations made against her in the case.

Debt is increasing the dangers to the economy