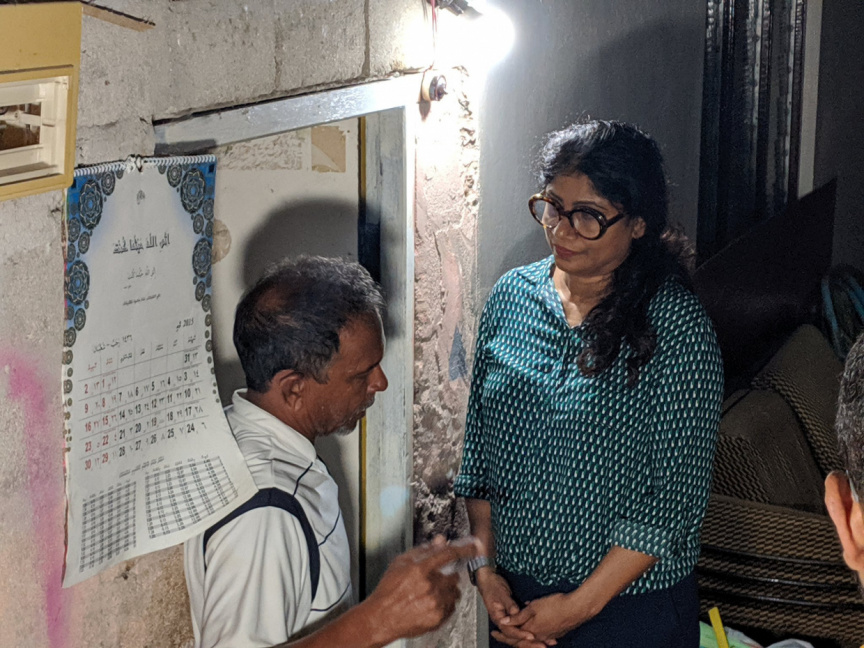 Defense Minister Mariya Ahmed Didi has toured the homes damaged in the torrential rain, thunderstorms and severe flooding which hit Addu City over the weekend.

Mariya travelled to Addu for a tour of the flood-affected homes on Sunday afternoon. She was escorted by Chief of Defense Force, Major-General Abdulla Shamal and other senior MNDF officials.

Mariya, in addition to visiting the families affected by the flooding, also engaged in talks with Addu City’s mayor Abdulla Sodhiq (Sobe) regarding the ongoing relief effors.

In an earlier interview to Sun, Sobe described the recent bought of torrential rain and thunderstorms as the worst to hit Addu in five years. He stressed the need to install a storm water drainage system in Addu to prevent such flooding in the future.

Security officers have assisted at least 140 flood-affected homes in Addu.

Addu City, Hithadoo placed in lockdown due to COVID-19