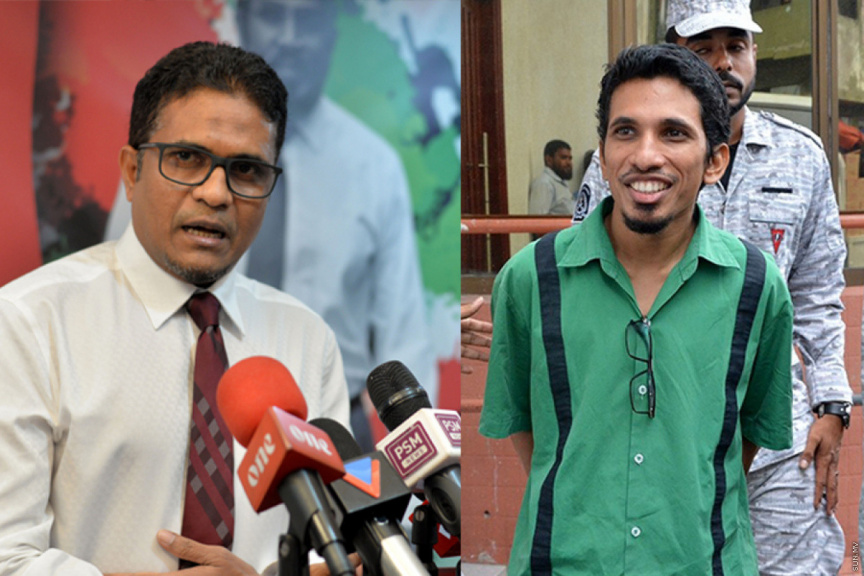 The case of mistaken identity in which Ahmed Nihan, the chief magistrate of A. Dh. Maamingili court, was intercepted and questioned by border security officials at an airport in India, has been met with laughter by former Vilimale’ MP Ahmed Nihan Hussain Manik who the officials had mistaken the magistrate for.

A source from the magistrate’s family who spoke to Sun said that incident took place at the Trivandrum International Airport when the magistrate went to board a plane back to Maldives upon conclusion of a non-official visit.

“The similarity of the two names caused the confusion. Then they showed a picture of MP Nihan and asked whether it was him. They asked whether he had served as a lawmaker. They later said they had been mistaken, and even apologized,” said the family member.

Indian border security officials told the magistrate that his namesake, the former lawmaker Nihan, had been blacklisted by the Indian government.

Former lawmaker Nihan told Sun that he had laughed when he heard the news.

“I found it funny. A powerful nation such as India should be more apt in identifying people, isn’t it so?” he said.

This case of mistaken identity comes after the former lawmaker was denied entrance to India, after he was held and questioned at length by border security officials at an Indian airport in 2018. He later described the incident as a case of “bullying”.

“I, to this day, don’t know why I was turned away. I tried to get an answer through the embassy and the Foreign Ministry. I haven’t received an answer. I don’t harbor any intention of traveling to India for any purpose ever again,” he said.