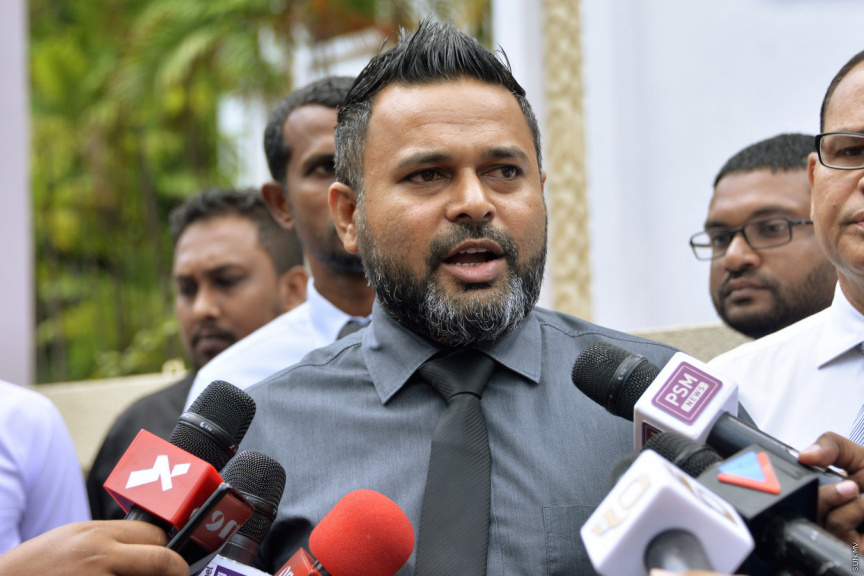 Members of the opposition parties have said that nullifying Maldives Democracy Network (MDN) is not enough and has called for action against those that were behind the report.

The statements by the opposition party members were in regards to the controversial report published by MDN accused of mocking the religion of Islam. The report has resulted in calls by a large number of the public to ban the organization and for the dismissal of members of the organization currently serving in the government.

A motion was submitted to the Parliament today calling for the dismissal of such officials that was ultimately rejected. The motion by opposition PPM Vice President and Naifaru MP Ahmed Shiyam stated that there are people serving in the government currently who were working at MDN when the report was prepared and published.

“The religious scholars of the country were promised that the organization would be nullified by the President. But what we are seeing is that the duties imposed on the President in such a (religious) situation, not being fulfilled. These duties are not fulfilled by just nullifying MDN.” Said Shiyam, speaking with reporters, before once again reiterating his call earlier today in the Parliament to dismiss the members of MDN serving in the current government.

Mahibadhoo MP Ahmed Thariq speaking to reporters, said that MDN has become “a piece of paper” and that everyone in the organization has already resigned.

“MDN cannot be held guilty on its own. The people who worked on the report and the report is what is guilty. Nullifying the organization does not solve this. This can be solved by taking lawful action against those involved (with the report).” Said Thariq.

Authorities have already stated that steps will be taken after an investigation into the report which has also been repeated by the President.