Hood: Government will draft its own bills 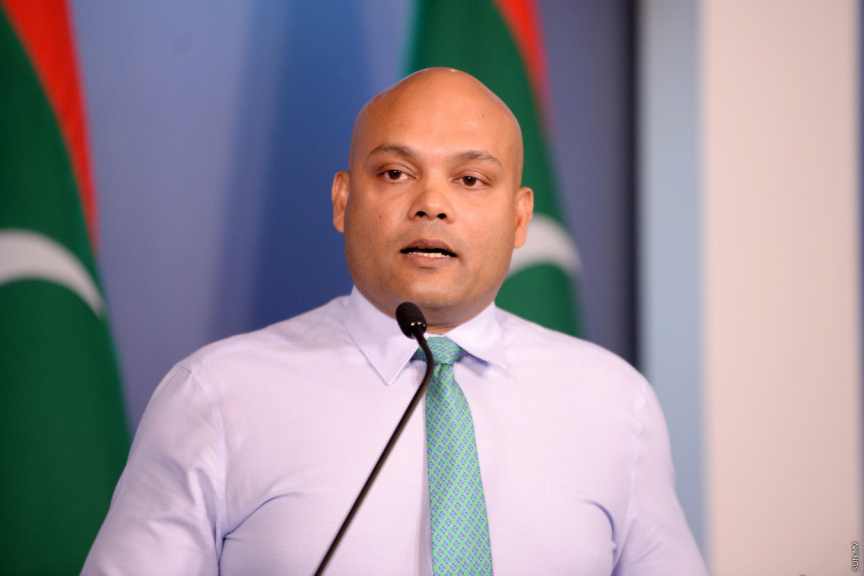 President’s spokesperson Ibrahim Hood says drafts of the legislatures which the government wishes to have passed during the current parliamentary session will be drafted and presented to the Parliament by the government itself.

The Attorney General’s Office has issued a list of 34 legislatures which the government plans on presenting during the course of the current third session of the 19th parliamentary assembly, and has officially informed the Parliament of the planned legislatures.

However, parliamentary committees initiated work on drafting some of the key legislatures on the list on Tuesday.

Some of the key legislatures planned by the government for the current session includes; the Income Tax Bill, Minimum Wage Bill and Job Seekers Allowance Bill.

Speaker Mohamed Nasheed dismissed the concerns during the parliamentary sitting this Wednesday.

Nasheed said the Constitution was very clear that the Parliament was empowered to engage in all processes of lawmaking. He said that he had instructed parliamentary committees to initiate work on drafting bills, and that the work will be carried out with input from the Attorney General and relevant state and government officials.

He also said that the government needs to present its bill through the political party the President belonged to, in situations where the incumbent President belongs to a party which enjoys majority at the Parliament – as MDP now enjoys.