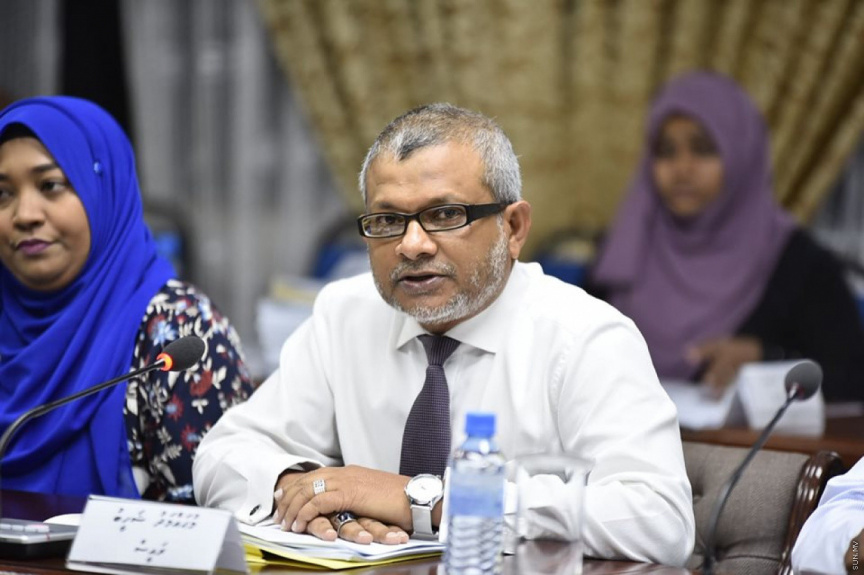 Mohamed Shaheeb: He resigned from his post as president of Maldives Broadcasting Commission on October 9, 2019. (File Photo/Sun)

Mohamed Shaheeb has resigned from his position as president of Maldives Broadcasting Commission (BroadCom).

Shaheeb told Sun he rendered his letter of resignation to the President’s Office this Wednesday.

Shaheeb’s resignation comes after the Independent Institutions Committee of Parliament voted to initiate his impeachment on Tuesday.

Parliament had been scheduled to debate on Shaheeb impeachment this Wednesday, but the debate was postponed due an overload of scheduled work at the Parliament.

Hood: Government will draft its own bills