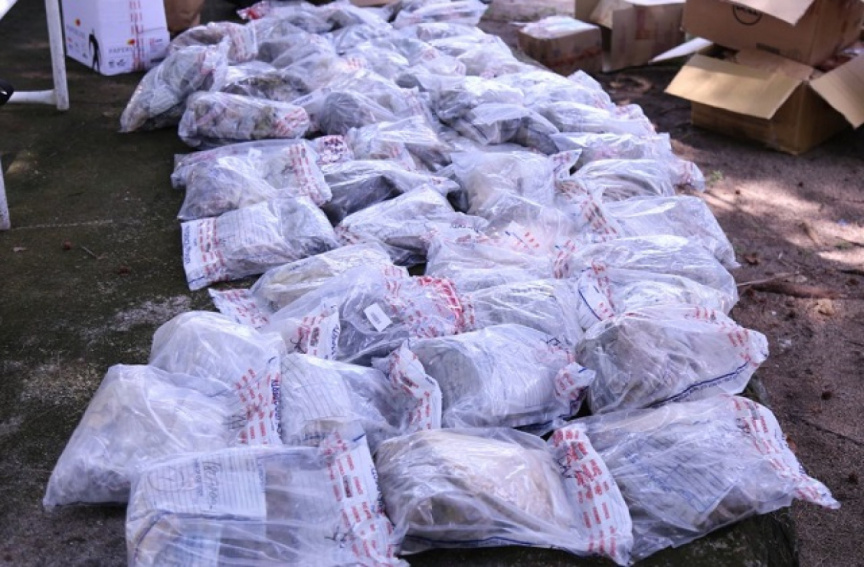 File photo of drugs seized by the police in an operation. (File Photo/Police)

150 kilos of heroin have been seized from Maldivian territorial waters in a joint operation by the police and the Coastguard.

According to Hindustan Times, the drugs were seized as part of a larger joint-operation by the coastguards of Maldives, Sri Lanka and India.

Indian Coastguard officials who spoke to Hindustan Times said that the boat was initially detected from 500 nautical miles off the coast of Koachi on September 30.

The Maldivian Coastguard and police boarded the boat and commenced a raid when it entered Maldivian territorial waters on Saturday, October 5 – during which two packets of heroin – weighing at least 150 kilos – were seized.

The Maldivian Coastguard and police are yet to issue an official statement regarding the operation.