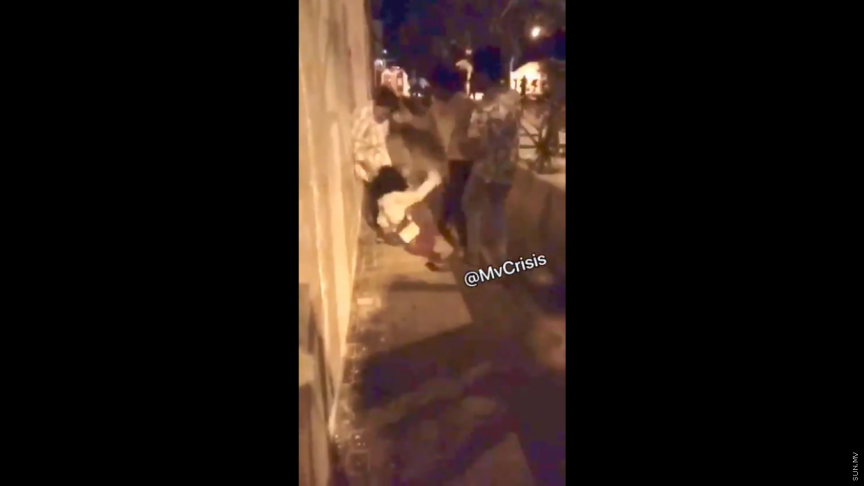 Screen grab from video of a street fight between teenage girls at the Rasfannu Artificial Beach on October 1, 2019. (Photo/MVCrisis)

Police have launched an investigation into a street fight between girls under the age of 18 years which took place at Rasfannu Artificial Beach in Male’ in the late night hours of last Tuesday.

The police confirm the fight was reported to the agency just after midnight, and is currently under investigation.

Video of the fight, which has gone viral over social media platforms, shows two girls ganging up on another girl.

It shows the two girls beating the third girl with their fists, dragging her to the ground by the hair, and commencing to kick her.

It also shows two boys – who also appear to be in their teens - attempting to intervene.

The police confirm no arrest have been made in connection to the fight, as of yet.

The case on Tuesday evening bears similarity to a 2018 case in which three teenage girls ganged up on a fourth girl and proceeded to beat her and threaten to publicly unclothe her.