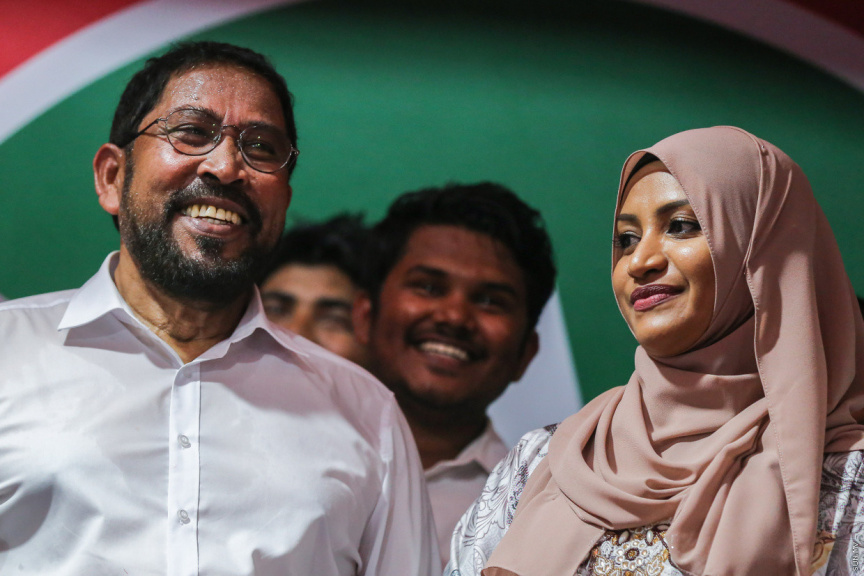 The audio publicized by Sangu TV  was of a meeting between the Minister and employees of the Ministry. In the audio, Minister Nahula can be heard saying that the Ministry has a majority of employees with poor work performances. The Minister can also be heard criticizing the employees working at a low level and standard.

Qasim was speaking at meeting at the office of JP at M. Kunooz when he said that the effort by some employees to defame his wife had backfired. He also said that the audio had resulted in the Minister receiving the support and love of the public and that challenges such as these will always be posed to people working earnestly.

"They are not people that cannot be laid off. They can be, if they are careless and negligent and step out of the boundaries set by the rules and regulations made for them. They should be ousted." said the business mogul.

After praising the work carried out by his wife as the Transport Minister, Qasim stated that acts of corruption were being carried out inside the Ministry. He stated that this was not done by Minister Nahula but refrained from stating any names.

"She (Minister Nahula) would not do anything to hurt or harm another person, I am sure of that," said Qasim.

The audio of the Minister comes on the heels of a petition by some employees of the Transport Ministry to the President over fears that they might be dismissed was submitted. The petition signed by more than 40 employees was sent to the President on Sunday of last week.