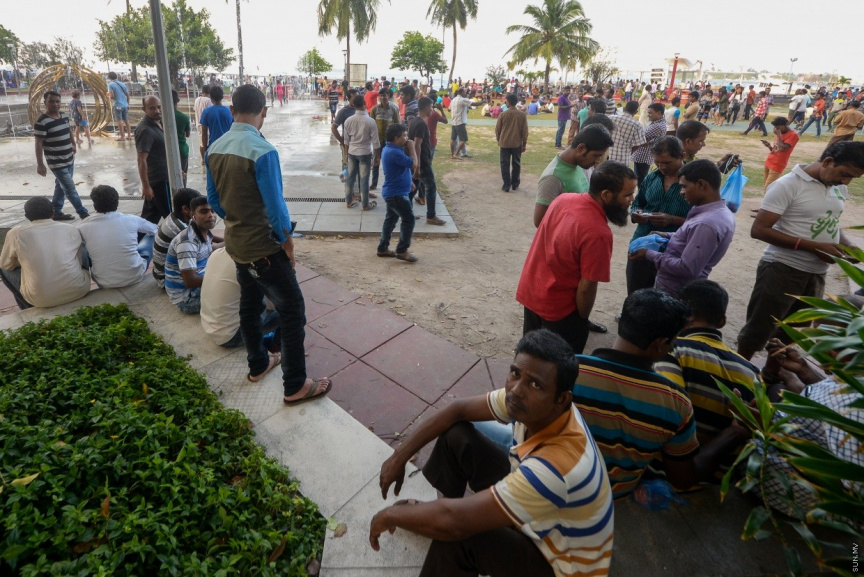 The Bangladeshi Embassy in the Maldives has agreed to take custody of the body of the migrant worker that died yesterday in Lh. Naifaru.

Naifaru Council President Mohamed Kaarim stated to "Sun" last night that the worker was in the Maldives illegally and that the Bangladeshi Embassy had refused to take the man's body into custody. He also stated that the body was being sent to the mortuary in Male' since they didn't have permission to bury him in Naifaru.

However, a Bangladeshi Embassy official informed to "Sun" today that rumors regarding the refusal by the embassy to take the body into custody was not true. The official stated that it had taken some time to inform the Maldivian government because the embassy was waiting for a word from the family of the deceased.

"The embassy knows that the man cannot be buried in the Maldives without the consent of the family. The family has now contacted the embassy and we are now making arrangements to send his body." said the official.

"He didn't come here as a tourist did he? so whoever brought him here should be responsible" the official also said.

The migrant worker had gone to get treatment from the Hinnavaru medical center due to chest pains and was moved to Lh. Atoll Hospital later that night for further treatment. The man was working in the construction industry.

A special office to be established for marriage