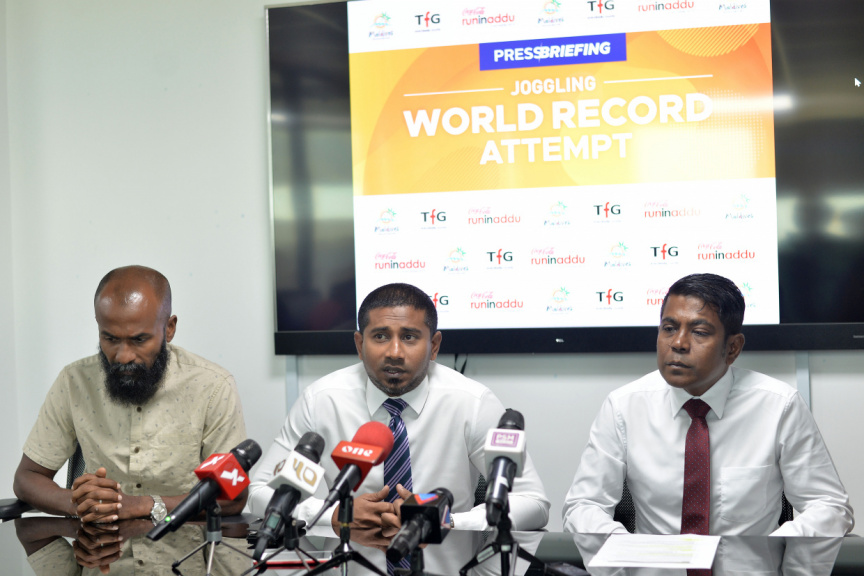 Maldivian government has announced plans to attempt two more world records as it gets ready to for the free-dive world record attempt at Baros Reef to mark World Tourism Day.

The Tourism Ministry initiative to attempt the Guinness World Record for the most people freediving simultaneously will take place at the Baros Reef on Wednesday, October 2.

The current record is 280 people in Italy in 2009, and the Tourism Ministry aims to break the record by having 500 people free-dive simultaneously.

The first world record attempt will take place at the TfG Addu Run on October 5. Michal Kapral will take part in the marathon in Addu City and attempt the completely new world record of completing the 10-kilometer marathon by juggling four balls. He will stop and pickup from the spot if he drops the balls.

TfG says it is collaborating with the Athletics Association to make preparations for the marathon to make it up to Guinness World Record standard.

The second world record attempt will take place at the Sultan’s Park in the capital. Michal Kapral will attempt to juggle three balls as he climbs the steps at the park non-stop for one hour. He believes it will require him to take approximately 3,000 steps within the one-hour.

He said that the world record attempts announced this Monday were just the beginning.

He said that Michal Kapral planned to break more records in 2020, and that the MMPRC was working on making arrangements so the attempts take place in different locations throughout Maldives.

Meanwhile, Sports Minister Ahmed Mahloof said the Maldivian government was dedicated to developing sports tourism in Maldives, and promote Maldives as the ideal host for marathons.