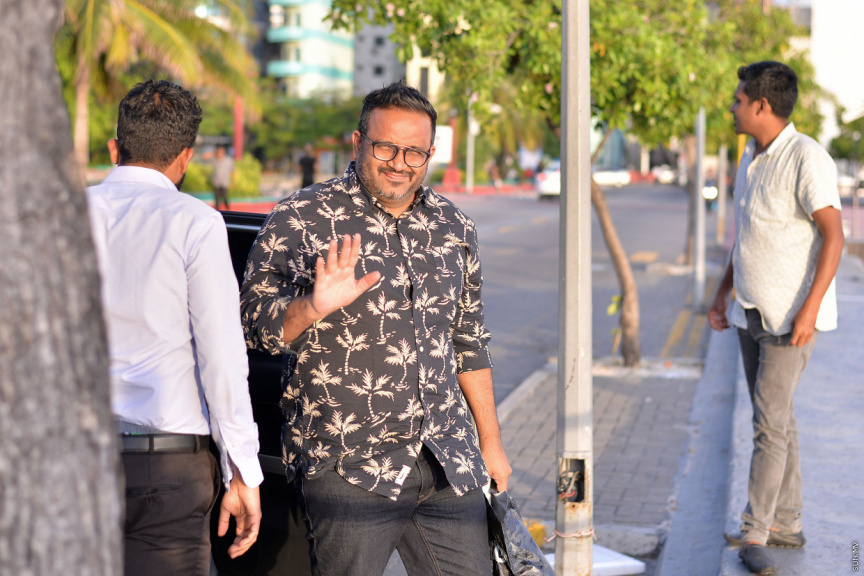 The police had investigated the acts of corruption, embezzlement and money laundering which took place in connection to Maldives Marketing and Public Relations Corporation (MMPRC) from 2014-2015 in collaboration with Anti-Corruption Commission (ACC) and Asset Recovery Commission.

It requested the Prosecutor General’s Office for charges against Adeeb on September 21.

The Prosecutor General’s Office has announced it has filed seven charges against Adeeb with the Criminal Court.

The former VP had been sentenced to eight years in prison after being found guilty of embezzling a USD 5 million bank cheque issued by Kuredu Holdings to MMPRC as acquisition cost to develop a resort in Lh. Maabinhura. The 2016 sentence was overturned upon appeal by the High Court this year citing ‘clear political influence over the trial process’.

Though the High Court issued the acquittal with instructions for a retrial, the Criminal Court had pushed the case out of court citing lack of ground to hold a new trial.

The Maabinhura case is currently under appeal at the Supreme Court, and Adeeb has been ordered to house arrest pending the outcome of the appeal.

Adeeb is also serving a three-month prison sentence for obstruction of law enforcement for fleeing Maldives in violation of a travel ban imposed on him by the Supreme Court in connection to the Maabinhura appeal.

Adeeb had been the country’s youngest VP ahead of his arrest and impeachment in 2015. In addition to the eight years for embezzlement, he had been serving 10 years for possession of a firearm and 15 years for the explosion on a presidential speedboat which injured the former First Lady Fathimath Ibrahim – all of which were overturned this year.