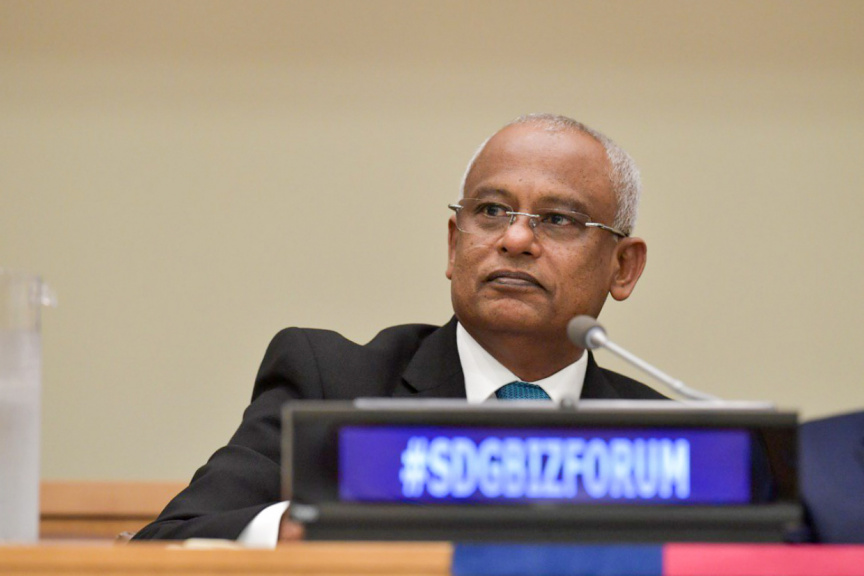 The Maldives has been declared as the first "Parley Future Island Nation".

The declaration was made at the Business Forum focused on sustainable development goals at the United Nations General Assembly. The forum was taken part by President Ibrahim Mohamed Solih.

The President answered questions posed regarding the challenges faced by the country as a small island nation and the President also highlighted the agreement between Parley for the Ocean and Maldives.

A special focus was also given on illegal fishing methods that deplete the population of fish in the ocean as well as problems faced due to plastic waste. The President also praised the AIR initiative of Parley at the meeting.

The President then noted that if products used in everyday life were created in an environment-friendly manner, it would solve the plastic waste problems faced by the Maldives. He also stated that an agreement with Blue Prosperity Coalition would see Maldives aim towards a blue economy and focus development after considering sea life and the marine environment.

The first "Parley Future Island Nation" designation was an honor that the President noted as a testament to the Maldivian commitment to building a blue economy.

The forum is focused on strengthening the relationship between governments, businesses, and organizations and working together to attain sustainable development goals. The "Scaling Ambitions" panel saw notable works by companies on reducing the effects of climate change showcased.