Min. Aslam: Maldives proud to be first to take part in Silk Route 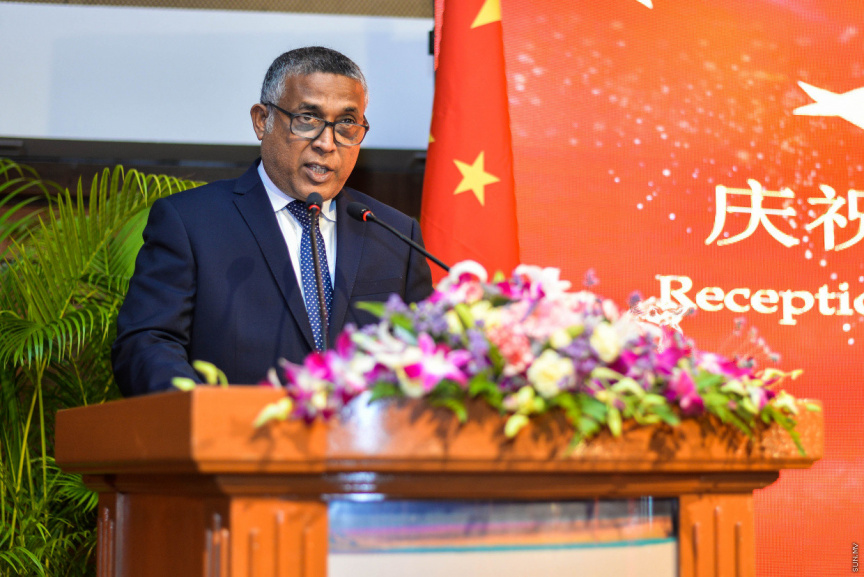 Planning Minister Aslam has stated that the Maldives is proud to have been one of the first countries to take part in the Maritime Silk Route Agreement by China.

The Minister was speaking at a ceremony held in Kurumba Maldives to commemorate the 70th National Day of China. The Minister also noted that China had become the biggest partner for the Maldives in economic development in the last five years. He also stressed that the relationship between Maldives and China was based on the commitment by the Maldives to the "One China Policy".

"The Maldives is proud to be one of the first partners in the joint initiative to develop the 21st-century maritime silk route envisioned by President Xi.

The Chinese government has supported the implementation of several important infrastructure projects in the Maldives. including the construction of China-Maldives Friendship Bridge and the expansion of Velana International Airport." said the Minister.

The Minister also noted that China is currently among the biggest contributors in terms of tourist arrivals and thanked the government and people of China for its continued support and assistance. Minister Aslam also stated the strong commitment of President Ibrahim Mohamed Solih to continue the strong relationship between the two countries and carry it even further.

A plaque was also presented at the ceremony by the Chinese Embassy to the Vice President of Maldives Faisal Naseem last night.

"FTA will promote cooperation between China-Maldives"