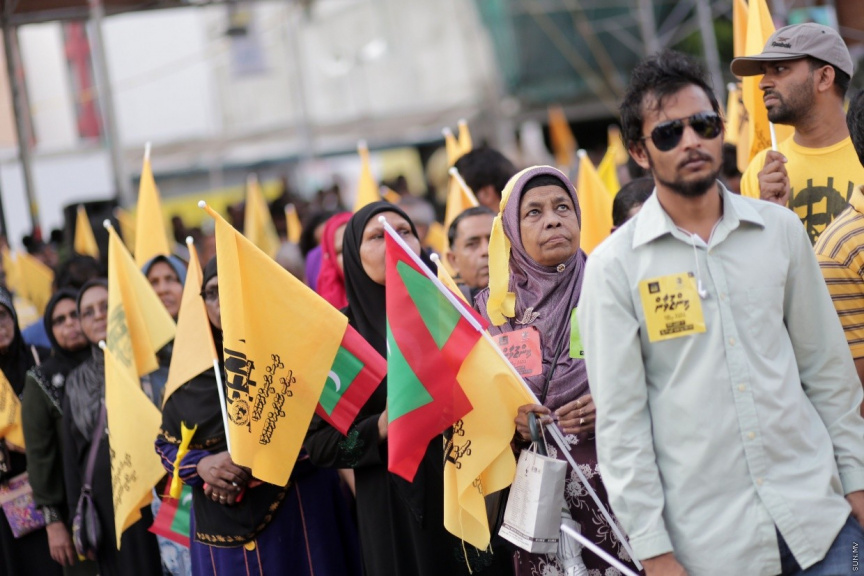 Applications for internal elections of the governing Maldivian Democratic Party has been extended.

The applications for elections were opened last Thursday and was set to lapse by tomorrow and can be voted by those on the party registry by Thursday.

At a news conference held at the MDP office, today deputy Secretary-General Afshan Latheef stated that the election application period was extended due to a lot of application requests by people.

"A lot of constituencies asked to extend the date. We have decided to extend the period by four days and postpone the election days. So the deadline now is Monday of next week." said Afshan.

Only those who were on the registry by Thursday can vote in the internal elections as per the previous announcement.

Afshan also stated that preparations for election campaigns are carried out in a very well planned manner. It was also very important to have internal posts of the party filled when facing the local council election, according to Afshan.

MDP election committee chair Mohamed Ibrahim Manik stated that 104 positions from 45 constituencies will be opened for election.  Voting will be carried out in party offices of the constituencies.