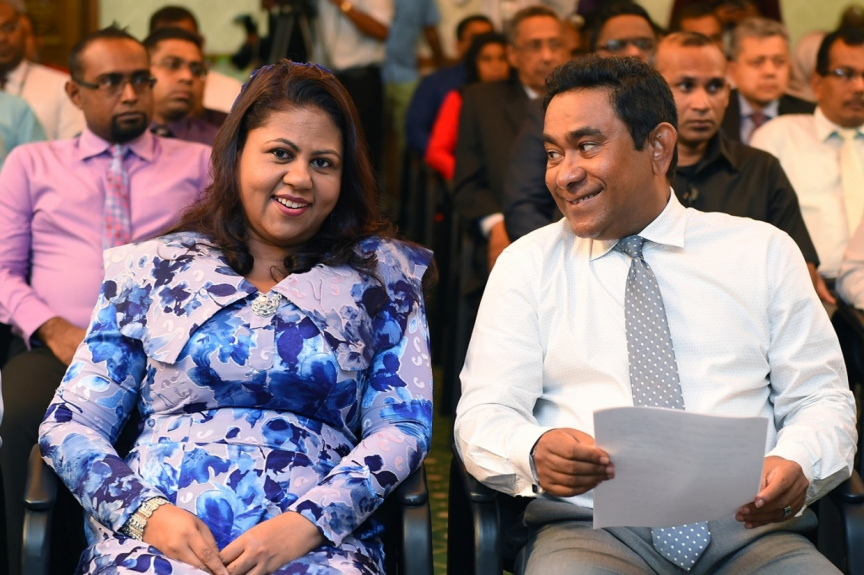 Judge Ahmed Hailam, who is presiding over the money laundering trial, announced this Wednesday that Azeema had responded to her subpoena by informing the court that she will not be testifying.

He said the court received Azeema’s letter this Wednesday.

“In her letter, she said was employed abroad and is therefore unable to attend the court to testify as written in the subpoena, and that the witness, or Azeema, had no testimony to give, and was declining to attend court,” said Hailam.

Yameen’s attorneys requested the court to make a decision regarding Azeema’s refusal to testify, and the court decided to proceed with the trial without Azeema’s testimony.

The defense had named Azeema as a witness to establish whether central bank MMA checked the authenticity of the transactions submitted as evidence by the state prosecution.

Yameen was charged with money laundering for the USD 1 million transfer to one of his bank accounts from SOF Private Company – which had laundered funds embezzled from MMPRC.