Maldives to phase out single use plastic by 2023 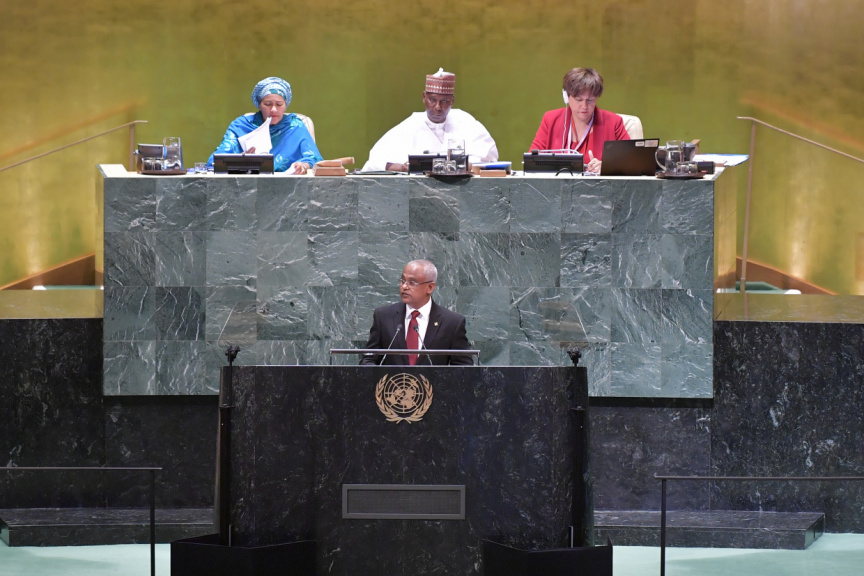 President Ibrahim Mohamed Solih has stated that the Maldives is working on phasing out single-use plastic by the year 2023. The President was speaking at the United Nations 74th General Assembly when he stated the ambitious goals of the country regarding climate change.

He also noted that the international community has not taken the necessary steps regarding the matter of climate change and expressed his concern at this.

"For more than thirty years we have been struggling to meaningfully address the climate emergency. For thirty years, we Maldivians have been saying that this is the fight of our life because it threatens our very existence as a nation," said the President.

"We cannot and will not wait for Paris’s prescribed timelines. We are revising and upscaling our Nationally Determined Contributions now. We shall work in concert with other island nations, including the Small Island Developing States and fellow members of the Alliance of Small Island States (AOSIS)." said the President.

The President then laid out the plan named Climate-Smart Resilient Islands, which seeks to utilize natural solutions, promote innovation and utilize new technologies to build resilience in our communities. The effort to phase out single-use plastic is a part of this plan, according to the President.

The address at the UN also highlighted on other issues such as racism, world peace, political extremism, terrorism, and global warming.