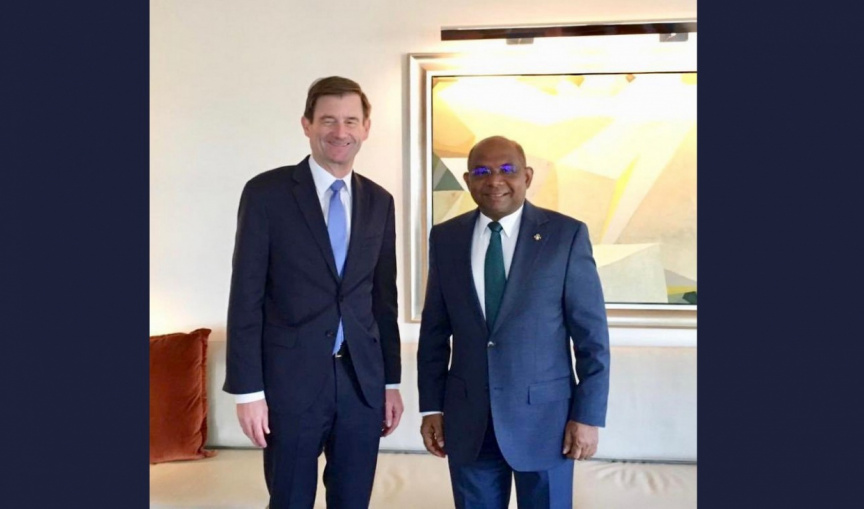 Foreign Minister Shahid with senior officials from the US State Department.

Foreign Minister Abdulla Shahid has met with senior officials from the American State Department during the trip to New York, America to take part in the United Nations General Assembly.

The Foreign Minister met with Under Secretary of State David Hale and Acting Assistant Secretary for South and Central Asia Alice Wells. The meeting saw discussions take place regarding the security and peace of the Indian Ocean. The talks also focused on strengthening Maldivian democracy and the assistance of America in the fight against terrorism in the Maldives.

This is the second time the Foreign Minister has met with officials from the State Department of America. The Minister met with the Secretary of State Mike Pompeo during the last visit to America.

US pledges USD 2M in economic support to Maldives

US commends Maldives for progress in press freedom