Min. Shahid: China will assist development no matter which govt. is in power 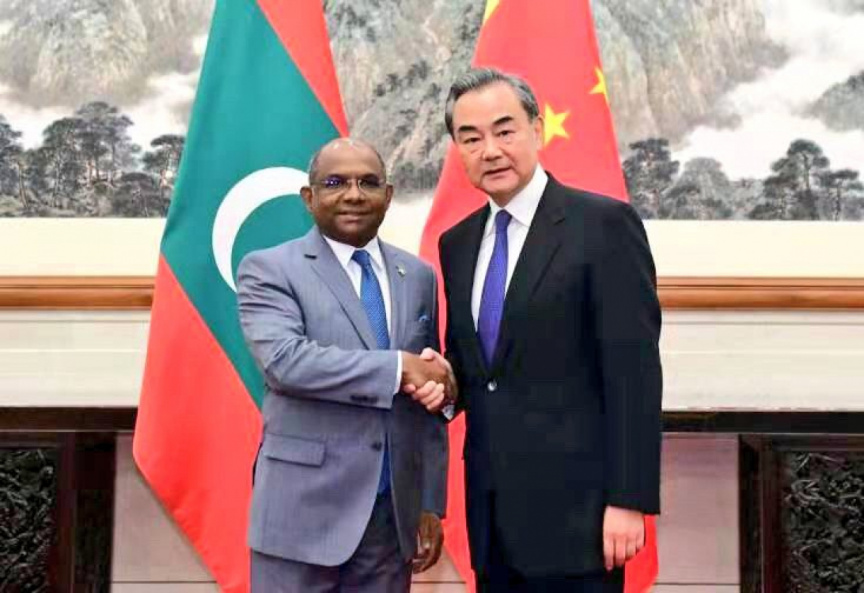 China will assist Maldivian development no matter which administration is power, Foreign Minister Shahid has stated after concluding his official trip to China.

Minister Shahid stated that the trip was a successful one and that official talks were held between the two nations on various topivs during this trip.

"The Chinese Foreign Minister assured me that China will aid in the development of Maldives no matter which administration is power," said Shahid.

The Minister also stated that he had requested companies that were running projects in the country to speed things up after meeting senior officials from the companies on this trip. Talks regarding an easement of visa were also discussed on this trip. Chinese Foreign Ministry had conducted research into this and Minister Shahid stated that he believed the visa easement would be implemented very soon.

The national airline, Maldivian will also gain the opportunity to make additional flights to China with the opening of a new airport in China next month. Shahid stated that the aim was to have a million tourists from China by the year 2023.