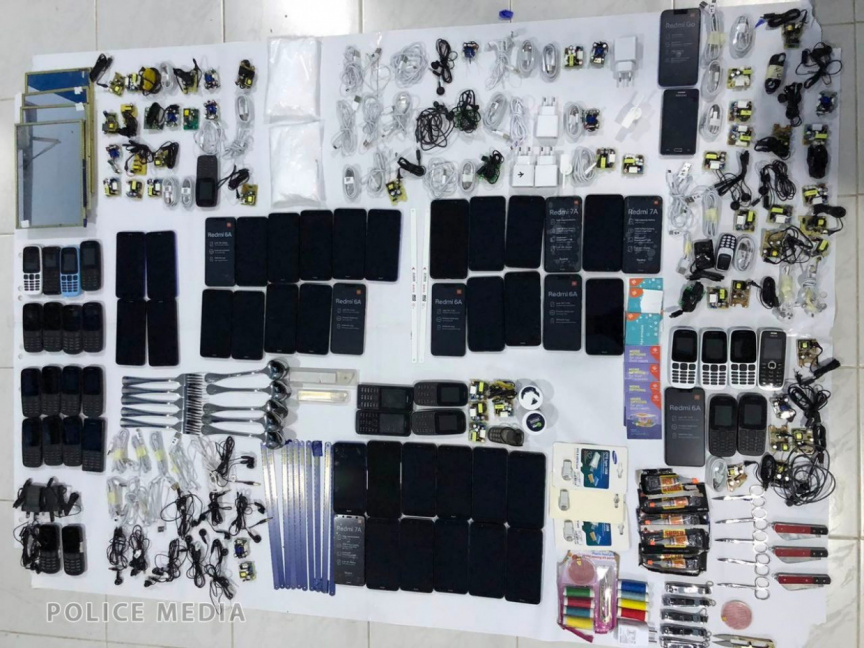 Two people who tried to smuggle contraband into the Maafushi prison has been caught.

Police said the two people were arrested with a number of items around 2:55 last night in a joint operation with Corrections Officers.

The two people arrested were aged 21 and 26 and both males. The items confiscated include seven Dhiraagu sim cards, 62 phone chargers, 39 USB drives, 22 headsets, and five adaptors. 30 Nokia phones and 41 smartphones were also confiscated from the two men among other items.

Police stated that the case was being investigated and that the Maafushi magistrate court had ordered the detention of the 21-year old for ten days while the 26-year-old had been ordered to custody for 15 days.