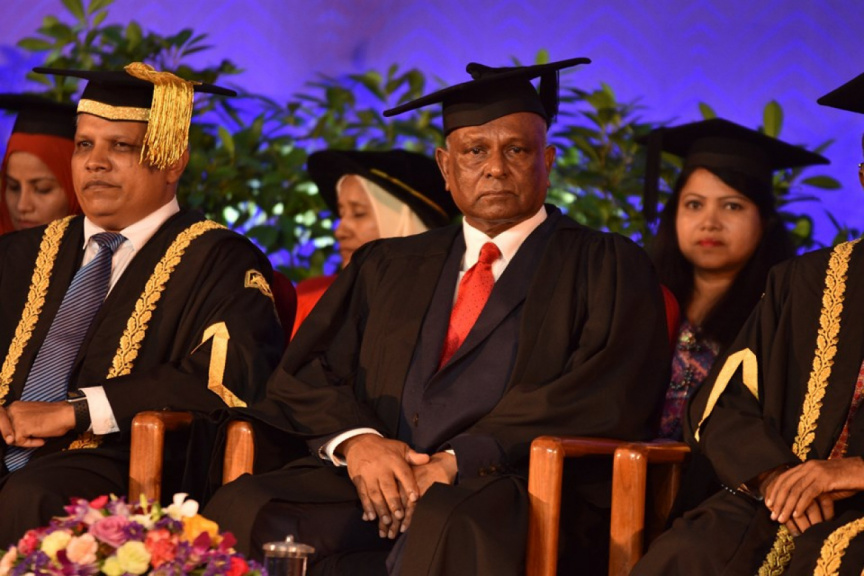 Mr. Ibrahim Saleem (Bandhu) has stated that the Maldives has the capability to economically overtake countries such as Mexico and Argentina in the upcoming five years.

He was speaking at the graduation ceremony of Maldives National University last night and stressed that a countries' development rested on the education of its people. Saleem stated that to develop and build a country, people of different educational expertise were needed.

Saleem, who has run some of the biggest companies in the country stated that Maldives was on par with countries such as Mexico and Argentina on the GDP's purchasing power of parity. He also highlighted the government's efforts towards education and said that the country cannot progress without the skills and commitment of students.

He then gave the example of Japan, a country that has progressed a lot over the years after World War 2, even without natural resources such as oil. Saleem stated that this as because of the emphasis is given to education by the country.

"We will be the second-biggest economy in the world within the next 40 years, That was included in the (Japanese) government's resolution. They implemented it. So there is no reason why we cannot overtake Argentina or Mexico within the next five years. We only need a little bit of courage and commitment." Said Saleem.

Elderly women attacked in a mugging in Addu city