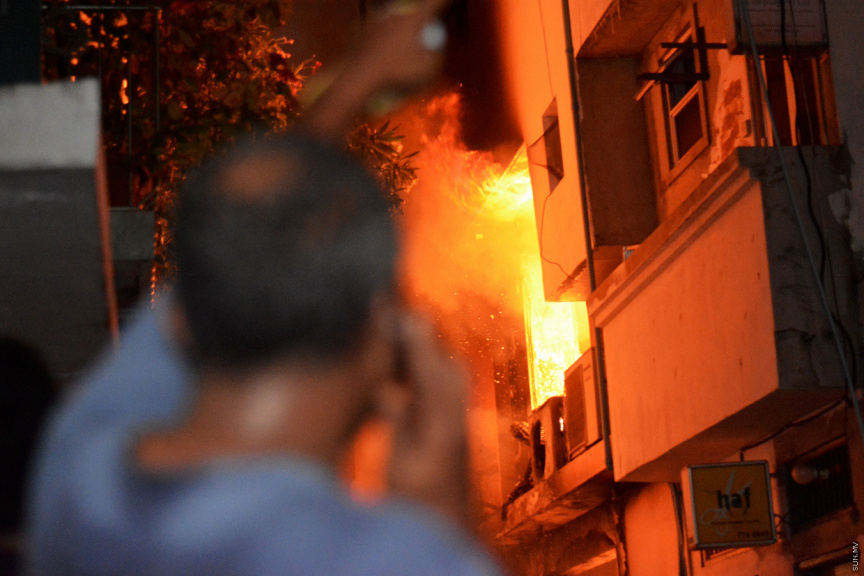 At least two robberies have been reported from apartments evacuated in the massive fire in Abadhahfehi Magu neighborhood of Henveru last Friday.

A police spokesperson confirms the agency has received reports of robberies from the seventh and eighth floor apartments located in one of the evacuated buildings.

Both robberies are under investigation by the police.

The tragic fire resulted in one death and has left hundreds homeless.

National Disaster Management Authority says 433 people affected by the fire have registered for assistance with the authority.

Temporary housing in being provided in Kalaafaanu School and Imaduddin School as well as several hotels and vacant government flats.