NMDA assists over 400 affected by fire in Henveyru 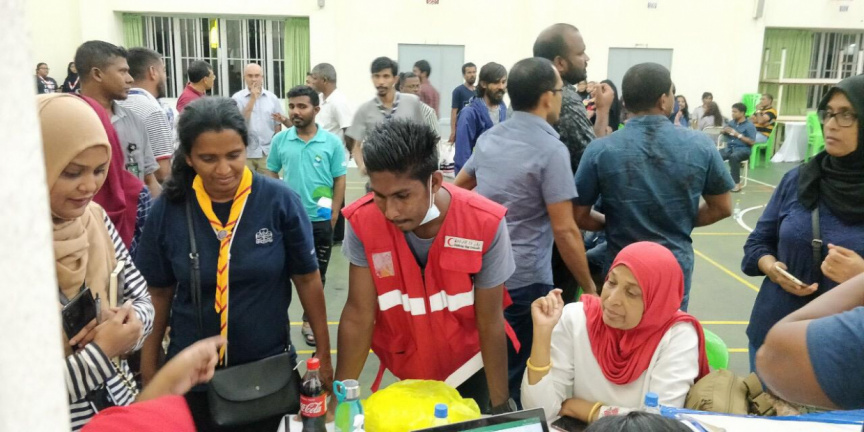 National Disaster Management Authority (NDMA) says it has provided assistance to over 400 people affected by the fire which raged through four chemical storage facilities and six residential buildings in the Abadhahfehi Magu neighborhood of Male’ City last Friday.

NDMA had set up an emergency response coordination center at Kalaafaanu School to provide assistance and temporarily shelter to the people affected by the fire.

He said that additional details will be announced at a press conference this Saturday.

A senior official at the center informed Sun that everyone left homeless in the fire have been provided temporary shelter.

“Some of them have been provided temporary shelter at hotels, and the vacant apartments at Gaakoshi complex. They have also been provided other necessary assistance,” said the official.

He commended the donations by private businesses and members of the general public to assist the people affected by the fire.

The fire resulted in one casualty – Aisha Shauna from Th. Buruni – who had resided in an apartment in H. Randhuvaani Aage – the building directly opposite to H. Thilafusheegee - the building which housed the chemical storage facility the fire originated from.

Several Cabinet, along with volunteers, were seen working throughout the night and into this Saturday morning at the emergency response coordination center in Kalaafaanu School.

''No case of islands affected by tidal waves received''