MDP pushes for a special sitting of Parliament 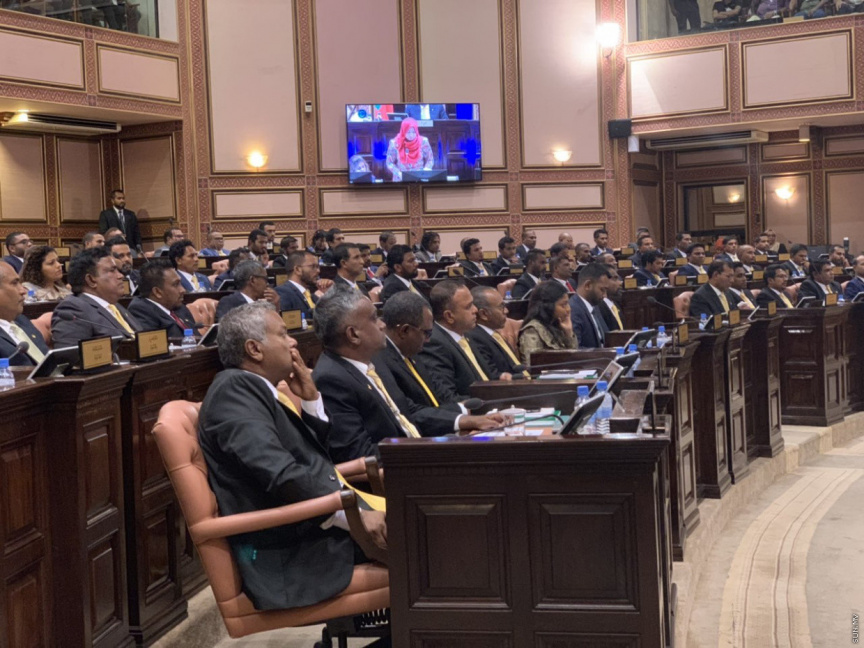 Lawmakers pictured during a sitting of the Parliament. (Photo/People's Majlis)

Maldivian Democratic Party (MDP) has requested the Secretariat of the Parliament to hold a special sitting outside of regular sessions.

The decision of the ruling party was announced by its parliamentary group leader, Ali Azim this Wednesday.

“MDP has lodged a request to hold a special sitting of the parliament outside of the session as permitted by article 45 of the Standing Order of the Parliament,” announced Azim in a tweet.

Azim did not specify the reason behind MDP’s request for a special sitting in his tweet, and did not immediately respond to calls by Sun for a comment.

MDP’s bid to hold a special sitting comes shortly after President Ibrahim Mohamed Solih announced the need for immediate revisions to the Criminal Procedure Code and Anti-Terrorism Act in order to stamp out violent crimes such as terrorism and murder.

MDP’s decision to call for a special sitting is therefore believed to be linked to the President’s remark, which he made during a press conference on Monday, September 9.

The President said that the Attorney General’s Office was scheduled to finish drafting the legislative revisions, and forward it to the President’s Office later that Monday. He said that he planned to submit the revisions to the Parliament and urge it to expedite the necessary changes.

Criminal Procedure Code currently restricts State prosecutors from filing charges against suspects if the State fails to file charges against them within a set duration after their initial arrest.

The Parliament concluded its first session and went into recess on September 5.