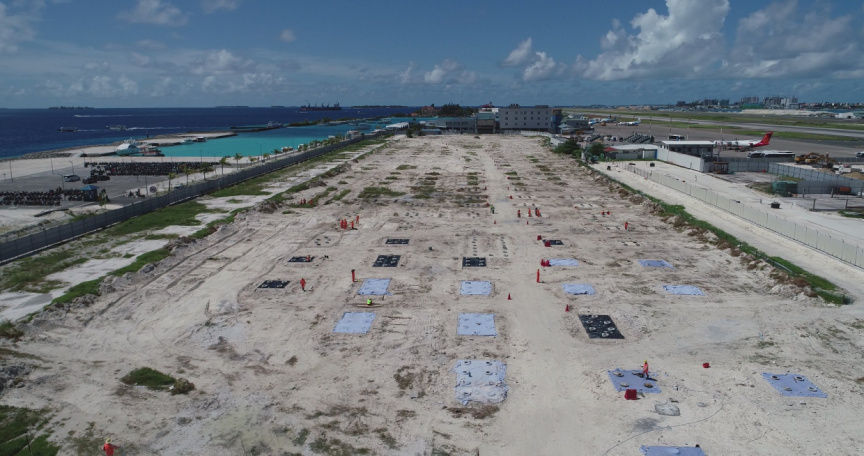 Work is being carried out on the new terminal at VIA. (Photo/MACL)

Work has commenced on the new terminal of Velana International Airport (VIA).

Maldives  Airports Company Limited (MACL) stated that the piling work of the terminal contracted to the Bin Laden Group of Saudi Arabia was now complete. The work on the terminal was halted before it  was recommenced in July. The terminal will be located on the South West side of the airport in a land totaling 73,000 meters.

The terminal project was funded by the Abu Dhabi Fund, Kuwait Fund, Saudi Fund, and OFID totaling MVR 680 million. The new terminal project will allow the airport to serve 7.5 million passengers every year and will consist of 38 immigration counters and an aerobridge.

The new runway of VIA has already been completed, and while the new seaplane terminal is nearly finished, work on the new fuel farm, VIP terminal and cargo complex is currently underway.

The new terminal will be completed and available for use by 2022 as per the estimations of MACL.

Customs disposes of over 50,000 bottles of alcohol