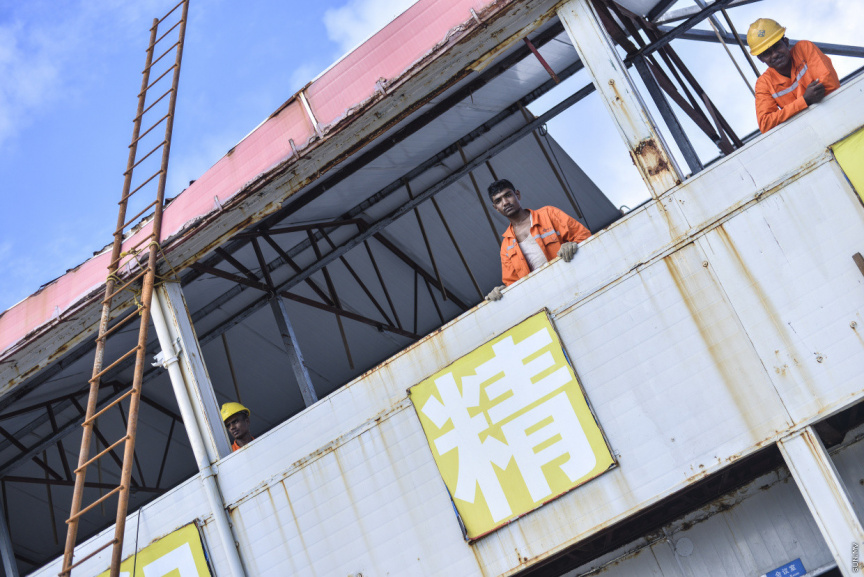 Foreign workers on a construction site. A foreigner was injured after falling from the second floor of building. (Sun Photo/Mohamed Muzayyin Nazim)

Police stated that the incident happened around 10:45 in the morning at a construction site near Rahdhebai Magu and Majeedhee Magu.

The man, identified as a 27-year-old Bangladeshi citizen, fell from the second floor of the building.

He is under treatment at IGMH, which reports that his condition isn't serious.

The incident is under investigation by the police.

Nasheed: Future dark unless the judiciary is reformed