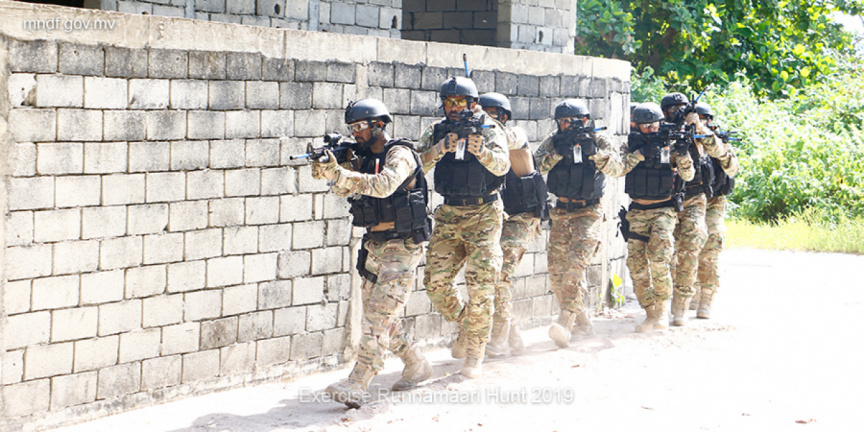 A MNDF spokesperson confirmed an armed operation in underway in the capital this Tuesday night, but declined to disclose any details.

The armed operation by the military comes amid multiple raids on properties in Male’ City, Addu City and Hulhumale' this Tuesday.

The  police confirm that the raids, which began at approximately 6:30 pm, were in connection to the 2014 abduction and murder of journalist Ahmed Rilwan Abdulla.

Sun's reporters witnessed two people being taken into custody by the police during the raids. However, no official confirmation of any arrest has been issued, as of yet.