Solih: Publicized report had info which could impede investigation 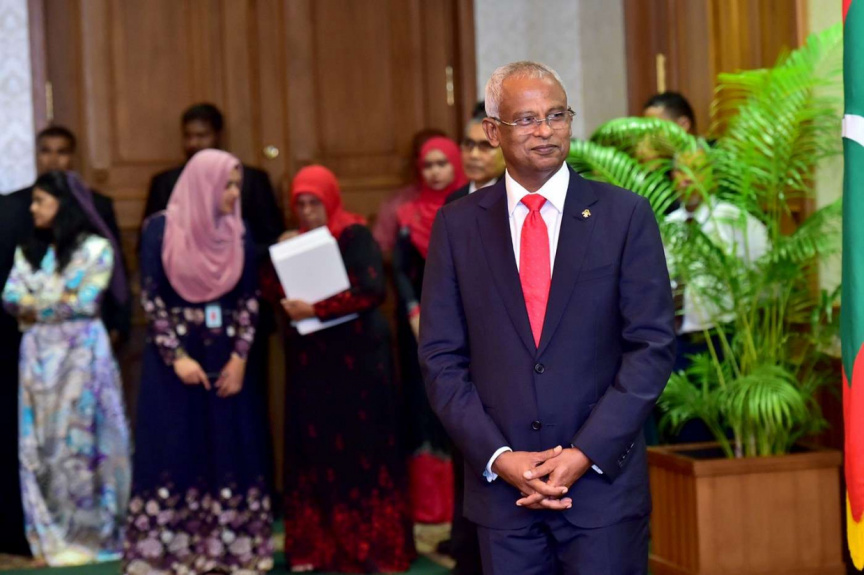 President Ibrahim Mohamed Solih has stated that some of the information in the draft report on the 2014 abduction and murder of journalist Ahmed Rilwan Abdulla which the Presidential Commission on Disappearances and Deaths publicized may impede the ongoing investigation.

The President was speaking at a news conference held at the President's Office today and stated that he had not instructed anyone to share the report with anyone else.

The report has been, however, shared with the Speaker of the Parliament and former President Mohamed Nasheed, who in turn, shared it with the PG leaders of the parliament. Some of the information in the report related to the confidential witnesses' identities have also been leaked on social media, which has prompted some people to question whether the procedure was carried out in the right manner.

President Solih stated that what has happened has already happened and that there was no way to change that, before urging everyone to keep the confidentiality of the report.

"The draft report and its secrets, what happened has happened according to the wishes of the Commission. We cannot change that. I cannot say some members of the public have not witnessed the report. But there is some information in the report which can disrupt the investigation if made public, So I ask that the confidentiality of these facts are kept," said the President.

The President urged everyone to support in the fight to get justice for Rilwan by keeping the confidentiality of the report before answering a question by a reporter regarding the work conducted on the report by the Parliament. President Solih stated that in a system where the separation of powers is exercised, he would not comment on the work carried out by the Parliament in matters where it has the power to do so.