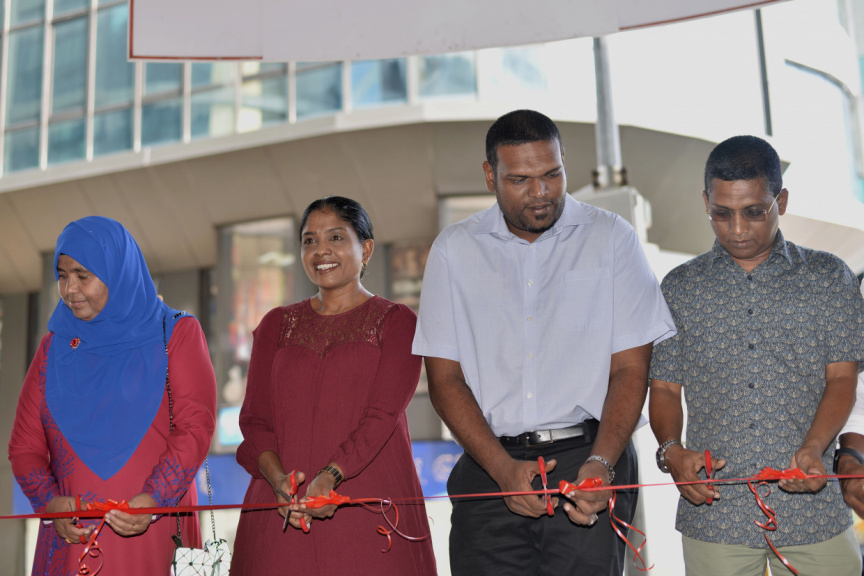 The new ticket office, established at the Male’ City Square, was inaugurated by six of Maldivian’s longest serving employees this Saturday morning.

The new ticket office, though officially inaugurated this Saturday, has been in service since August 6.

Speaking at the inauguration, Maldivian’s Managing Director Mohamed Rizvi addressed the issues faced by the company due to lack of space at its former ticket office.

He said the new office is expected to help expand the company’s call center services, and enable the company to serve a greater number of customers at once.

Rizvi, during his speech, also expressed the company’s commitment to developing and expanding its services.