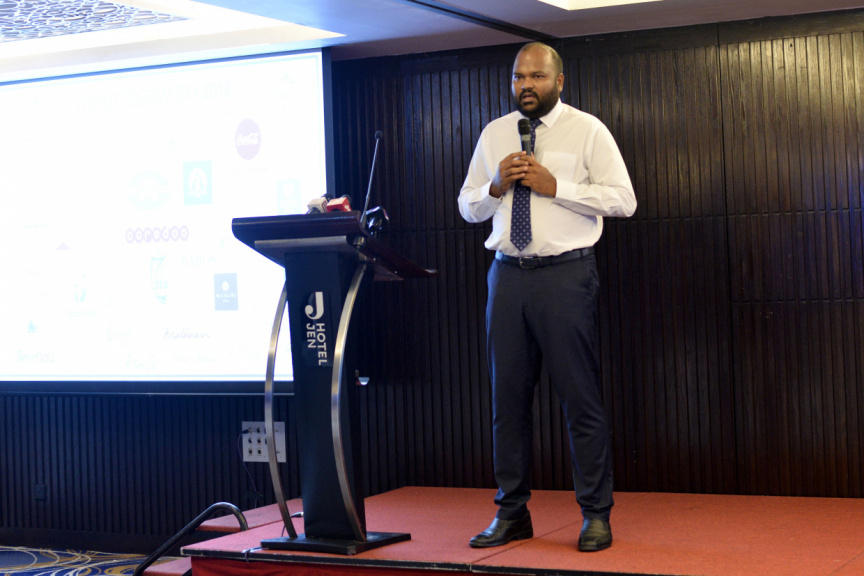 The Tourism Ministry has entered into agreements with several parties to carry out colorful activities for this year's World Tourism Day.

Tourism Ministry entered into agreements with companies such as Alia, Allied, and Coca Cola today at a ceremony held in Hotel Jen to carry out special activities for World Tourism Day 2019. The Tourism Minister gave details regarding some of these activities and stated that the activities will be carried out in different parts of the country.

World Tourism Day will be kicked off with a canoe race carried out in Vaavu Atoll, according to the Minister. The event can be taken participated by people from both genders.

The dinner will also be held in Vaavu Atoll.

Information sessions will be carried out for school children in Male' city.

The Minister noted that this will be one of the biggest such football fiestas to be held in the country.

The Minister stated that this would be one of the most important activities to be conducted regarding World Tourism Day and will have four main sections.

The closed-door session regarding the safety and security of the tourism industry will be the most important of these sections, according to the Minister.

Over 107,000 tourist arrivals from Russia

President: Education is the best investment