President: Education is the best investment 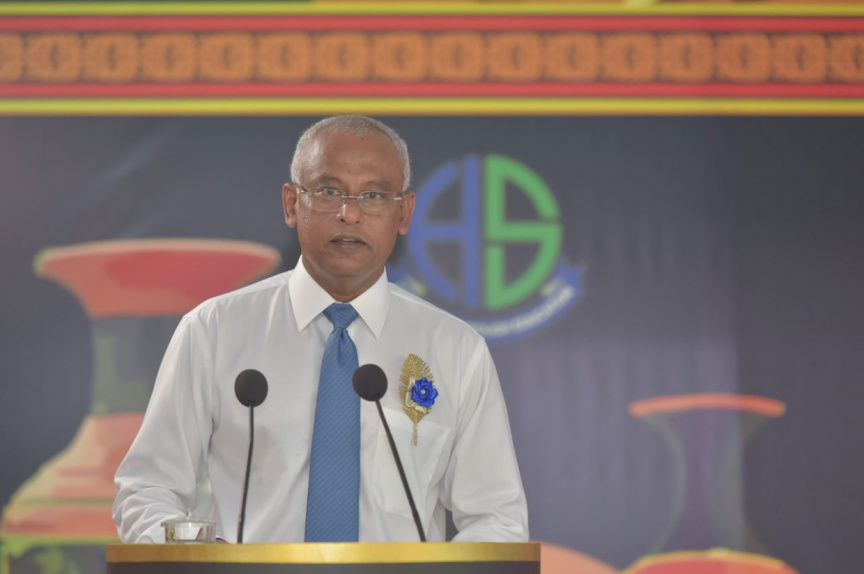 President Ibrahim Mohamed Solih has stated that the best investment is to provide educational opportunities for the young generation.

The President was speaking at 50th-anniversary celebrations of N. Miladhoo school and stated that every island needed experienced specialists in every sector. The President noted that with every medical center on every island, doctors, nurses, and engineers are also needed.

"Education is the beginning of every human need. Doctors, nurses, engineers, and teachers can only be created by studying in that sector," said the President.

The President stated that if the country wanted to transform into a developed country, education was the key to it. No matter how rich a country gets, if the people do not seek knowledge, the country will never get developed, stated the President.

The President also noted that parents do not have to go into debt to provide education for their children and that it was a responsibility of the government to do this.