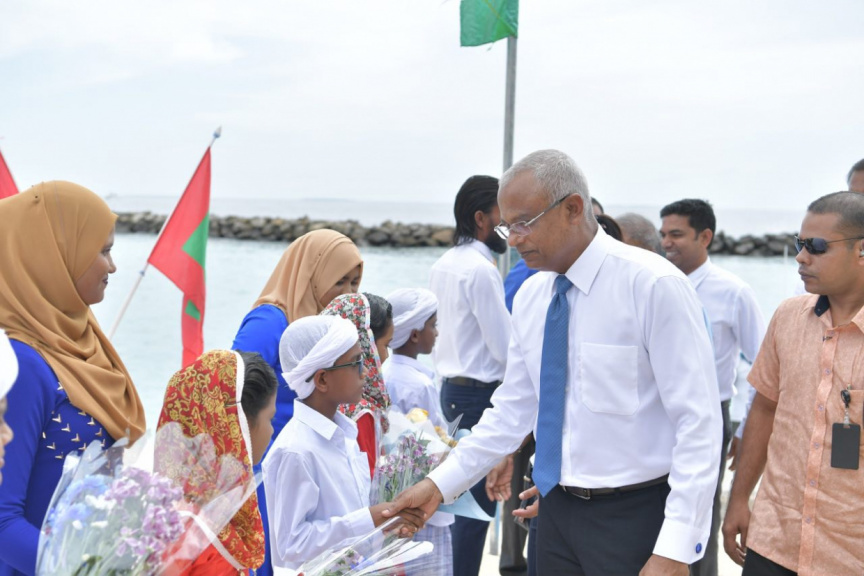 President Ibrahim Mohamed Solih has begun a visit to Noonu Atoll to commemorate the 50th anniversary of two schools in the atoll.

President Solih will also meet with council members and senior representatives from Miladhoo island during this trip. Discussions with the Magoodhoo Council will also be held by President Solih later today.

President Solih will visit Kudafaree in Noonu atoll next, where he will be joining the celebrations planned for the Golden Jubilee of Kudafaree School.