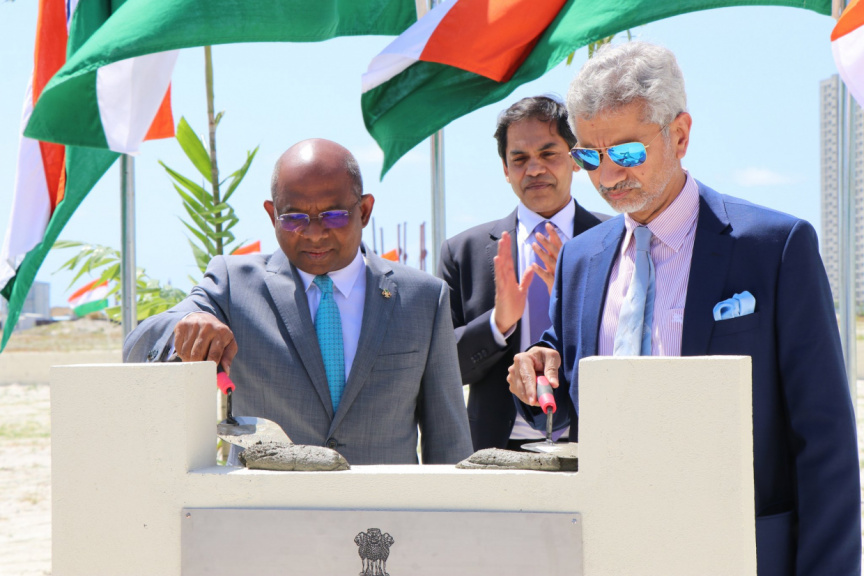 The foundation stone has been laid at the plot of land allocated from Hulhumale’ to build the new Indian embassy headquarters.

The Maldivian government has established a diplomatic enclave at Hulhumale’ phase II, and has announced that headquarters of all foreign diplomatic missions will be relocated to the enclave.

The foundation stone for the new Indian embassy was laid by Maldivian Foreign Minister Abdulla Shahid and Indian External Affairs Minister Subrahmanyam Jaishankar – who is in Maldives to attend the 4th Indian Ocean Conference - this Wednesday.

The ceremony was also attended by Indian ambassador, Sunjay Sudhir.

The foundation stone for the new embassy headquarters was originally scheduled to be laid by Indian Prime Minister Narendra Modi during his State visit to Maldives in June, but was delayed.