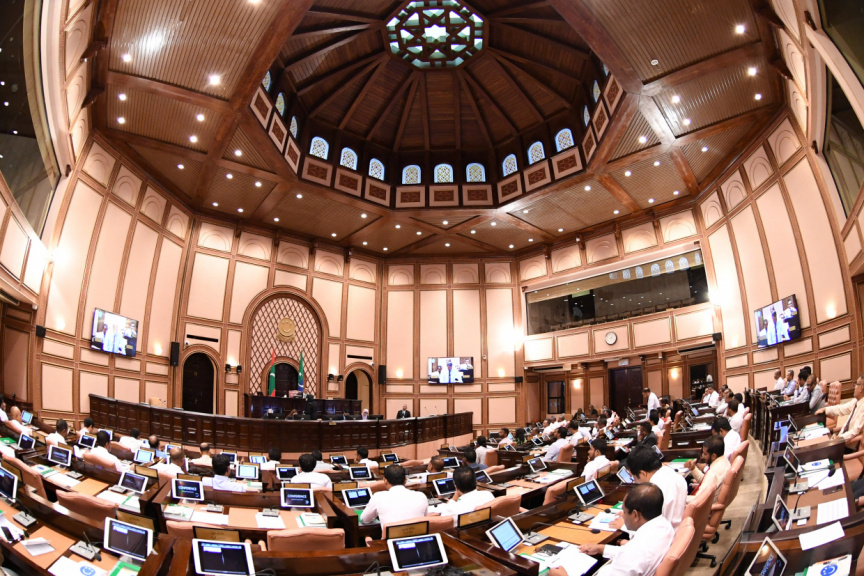 The parliament last night passed the supplementary budget of MVR 1.7 billion for the year 2019.

The budget was passed unanimously by all 71 MPs who attended the session. The initial budget for 2019 was MVR 30.2 billion, however, with this new supplementary budget it will rise to MVR 32 billion in total with a deficit of MVR 4.9 billion.

MVR 15.5 billion of this year's budget has already been spent on different projects with a profit of MVR 14.5 billion. Finance Minister Ahmed Ameer also stated in last night's session that the supplementary budget would increase the GDP of the country and would not bring any repercussions to the market from the new expenditures.

Minister Ameer also stated that the proposal to spend more on projects and pledges was due to an unexpected amount of foreign aid received by the Maldives and that the current budget was not formed to effectively fulfill the pledges of the government.

"The government wishes to spend these funds with the permission of the parliament, most of these funds will go to education, health and developing small businesses," said the Minister.

Additional expenses by the government