Banknotes signed by Naseer were released in 2018 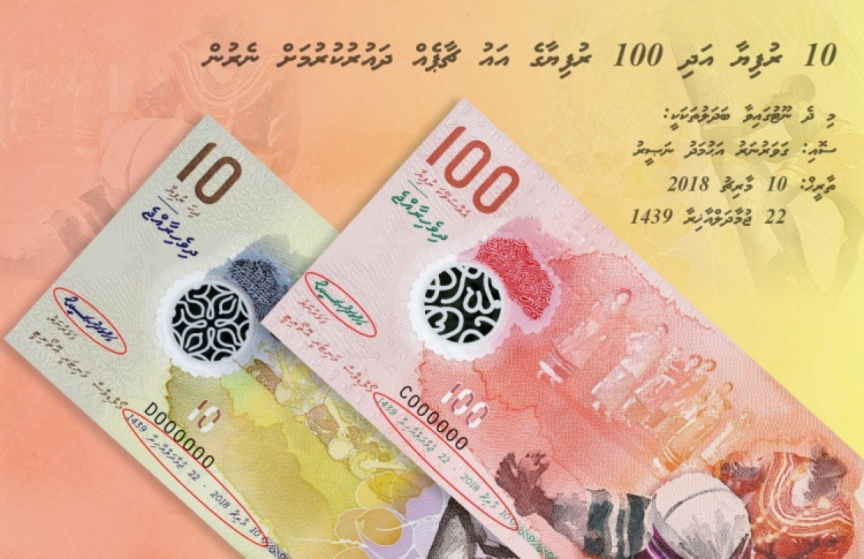 Banknotes of denominations MVR 100 and MVR 10 signed by former Governor Ibrahim Naseer released by the central bank on September 3, 2018. (Photo/MMA)

Maldives Monetary Authority (MMA) has issued a statement refuting rumors the banknotes of denominations MVR 100 and MVR 10 signed by former governor Ibrahim Naseer which are currently in circulation are counterfeit notes.

MMA reports the banknotes signed by Naseer were released into circulation on September 3, 2018.

MMA, in its statement this Tuesday, referred to a press statement released in July, 2018.

MMA reports the stock of banknotes are dated March 10, 2018, and signed by Naseer – who had been the Governor of MMA at the time.

The stock of banknotes signed by Azeema Adam – who had been the Governor when the Ran Dhihafaheh banknote series was released, were also in circulation when the new stock was released, reports MMA.