Parliamentarian calls for expansion of role of auditors to tackle corruption 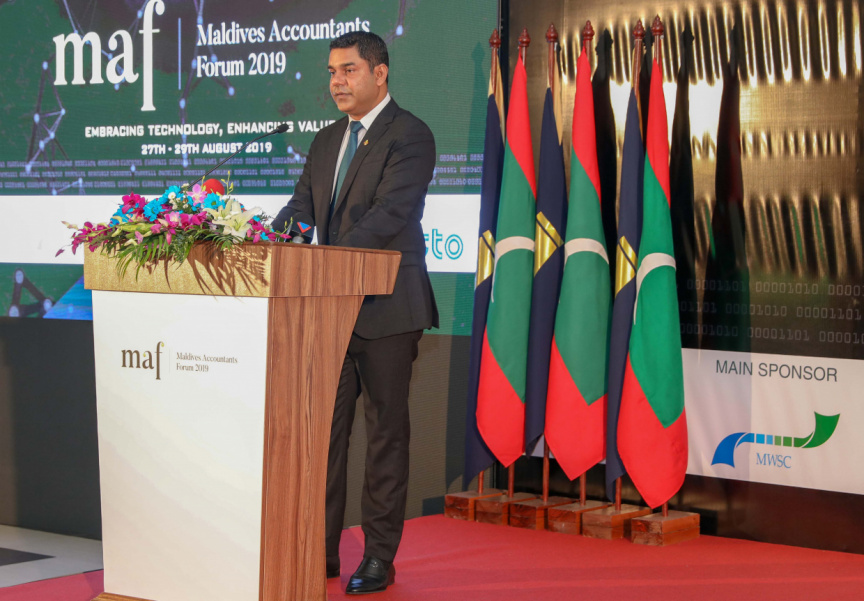 Chair of Parliament’s Public Accounts Committee, Mohamed Nashiz says the role of auditors and accountants in vital for the success of the government’s campaign to eradicate corruption in Maldives.

Speaking at the inauguration of the 3rd Maldives Accountants Forum by the Auditor General’s Office this Tuesday, Kinbidhoo MP Nashiz said that auditors and accountants had were tasked with the huge responsibility of ensuring the State’s assets and funds are spent responsibly and fairly.

He said that auditors and accountants must never waiver in their professional duty.

“Public Accounts Committee is heavily dependent on the audit reports by the Auditor General’s Office in order to hold the government accountable. These reports are what we chiefly depend on to review how the government’s income and assets are spent,” said Nashiz.

He said that the audits reviewed by the Parliament revealed the need to recruit qualified accountants and financial experts to strengthen company governance and financial controls.

In his speech, Nashiz provided assurance of his commitment to prioritize and expedite the Professional Accountancy Organization Bill.

He also pledged the continued support of Public Accounts Committee to the Auditor General’s Office in its projects to develop the auditing and accounting profession in Maldives.

He said the private sector financial professionals, too, needed to hold their work up to professional standards.

They too, have a key role in holding public accounts accountable, he said.

He also spoke of the landmark Whistleblower Protection Bill currently under evaluation by the Parliament, and pledged to expedite the work on the bill.

Banknotes signed by Naseer were released in 2018