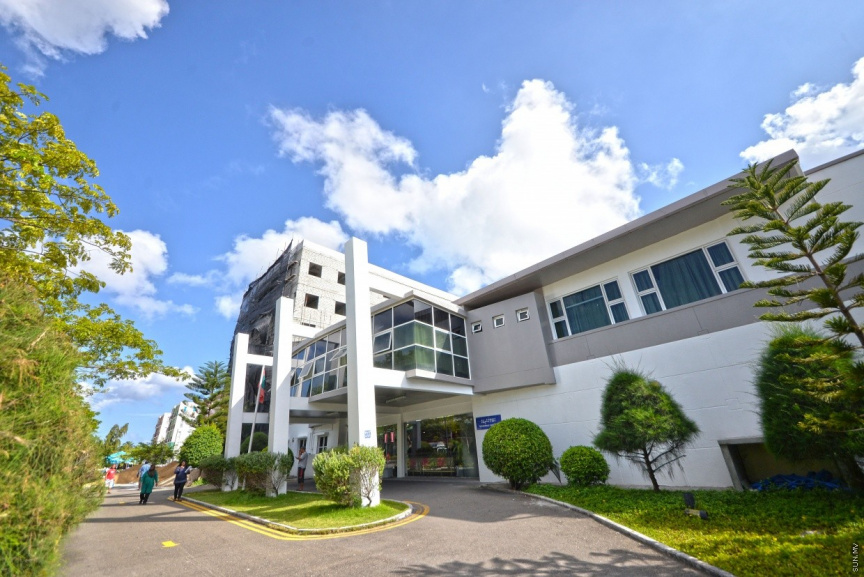 Hulhumale' Hospital: Around MVR 444 million had been included in the supplementary budget to develop hospitals in different regions of the country. (Sun File Photo/Fayaz Moosa)

The supplementary budget sent by the Finance Ministry to the parliament has MVR 444.5 million allocated for hospitals in five different regions of the country as well as Hulhumale' Hospital.

The supplementary budget presented in the parliament today was to obtain additional funding to fulfill the 100-day pledges made by the president Ibrahim Mohamed Solih.

Developing tertiary level hospitals in five different regions of the country was a pledge by President Ibrahim Mohamed Solih and work has already been started on the projects with around MVR 294.5 million of the estimated cost for these projects included in the supplementary budget.

Aasandha Company had previously raised complaints in the State-Owned Enterprises Committee of the parliament that the previous administration had started several projects that failed to progress in Hulhumale' hospital for which advanced payments had been obtained.

Health Minister Abdulla Ameen has also stated that reforms would be brought to 10 hospitals to develop and raise the standards in the hospitals.

The Ministry had also announced for a party to conduct the BOQ and the building design of the Dr. Abdul Samad Memorial Hospital in G.Dh. Thinadhoo to transform it into a tertiary hospital.