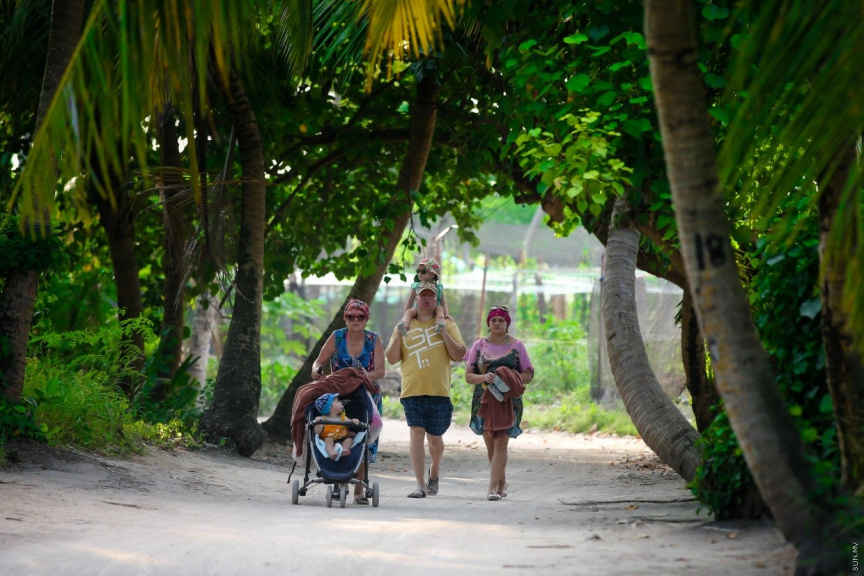 Tourists on a road in Thoddoo. (Sun Photo/Mohamed Afrah)

The Maldives received its one millionth tourist arrival in the year 2019 on August 2 according to the Tourism Ministry.

At a news conference held by the ministry today, Tourism Minister Ali Waheed stated that the Maldives received its one-millionth tourist on August 2 and that the ministry was working to achieve the target of 1.5 million tourist arrivals set for the year by November 17.

Most tourist arrivals were from China while India and Italy ranked second and third respectively. The top five arrivals to the country were completed by the United Kingdom and Germany. Statistics also showed that 49,095 tourist beds were registered in the Maldives at the end of July and 45,983 beds were operated on average. The number of nights spent by tourists in the Maldives increased by 13 percent and spent on average 6.3 days in the Maldives.

Supplementary budget sent to the parliament