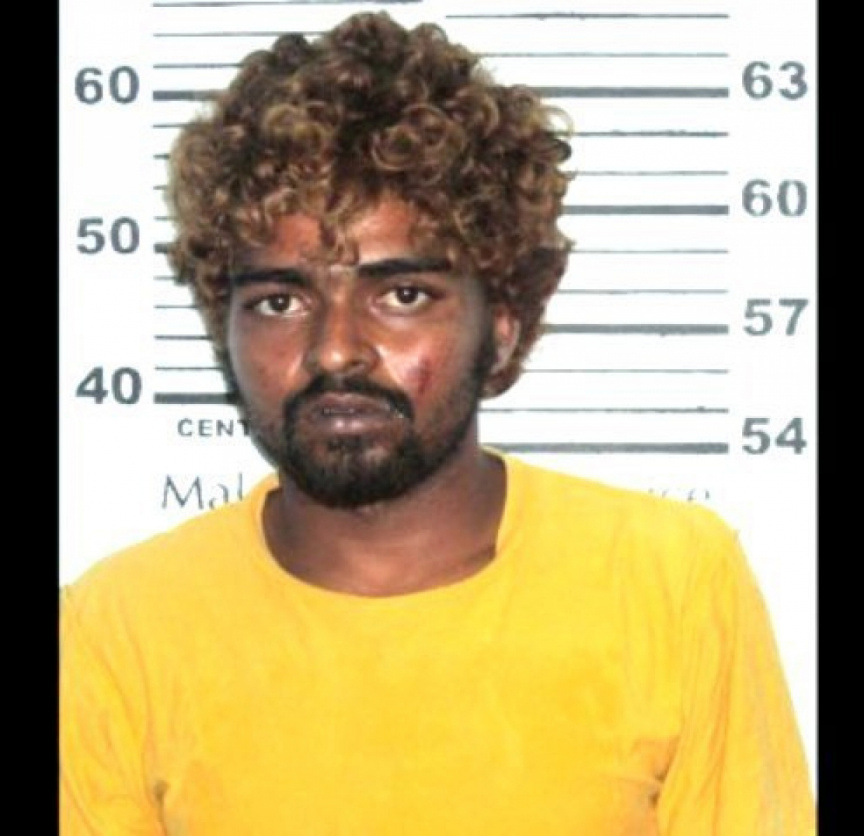 Mohamed Samah, Suvaasaage, K. Kaashidhoo: He found guilty of the 2012 killing of a policeman and sentenced to death by the Criminal Court on January 25, 2013. (File Photo/Maldives Police Service)

Death row convict in the 2012 killing of police sergeant Adam Haleem has been awarded additional time to hire legal representation for appeal proceedings at the High Court.

Sergeant Adam Haleem from Kethi in K. Kaashidhoo was stabbed to death on his way to duty at his home island on July 22, 2012.

Mohamed Samah from Suvaasaage in K. Kaashidhoo was found guilty of the murder and sentenced to death by the Criminal Court on January 25, 2013.

The Prosecutor General’s Office filed an appeal with the High Court to establish the fairness of the sentence as per standard protocol for murder cases.

Appeal proceedings began at the High Court this August.

The last appeal hearing in the case was held on August 8. This Tuesday’s appeal hearing marked the first hearing following a change in the bench of judges presiding over the case.

Speaking at this Tuesday’s hearing, the State prosecutor noted that the case summary statement was delivered at the hearing on August 8. And that the defense attorney had requested 10 more days to prepare appeal motions due to insufficient meetings with his client.

Presiding judge, Hassan Ali responded that his section hadn’t been involved with the case before, and that this Tuesday’s hearing was the section’s first hearing in the case. He also said that he was unaware if any previous hearings were held in the case by another section.

Samah also pointed out that a hearing in the case had been held earlier this August. He said that his attorney was given 10 days to prepare for the appeal, but failed to attend court for this Tuesday’s hearing.

He said he wished to proceed with the appeal hearings with legal representation.

Judge Hassan Ali announced that additional appeal hearings will be held after allowing Samah sufficient time to hire legal representation, but did not establish a specific duration.

The High Court bench in charge of appeal proceedings in the case is composed of Judge Hassan Ali, Judge Hussain Shaheed, and Judge Mohamed Niyaz.

Criminal Court sentenced Samah to death based on the wishes of two out of four of Sergeant Adam Haleem’s next-of-kin to apply the law of Qisas; Haleem’s father and his widow.

Samah was found guilty based on his own confession.

Samah’s original confession statement reads that he committed Sergeant Adam Haleem’s murder using a four-inch blade under the influence of drugs, but of his own volition and under no duress.

He later retracted and claimed he made the statement under duress from the police.