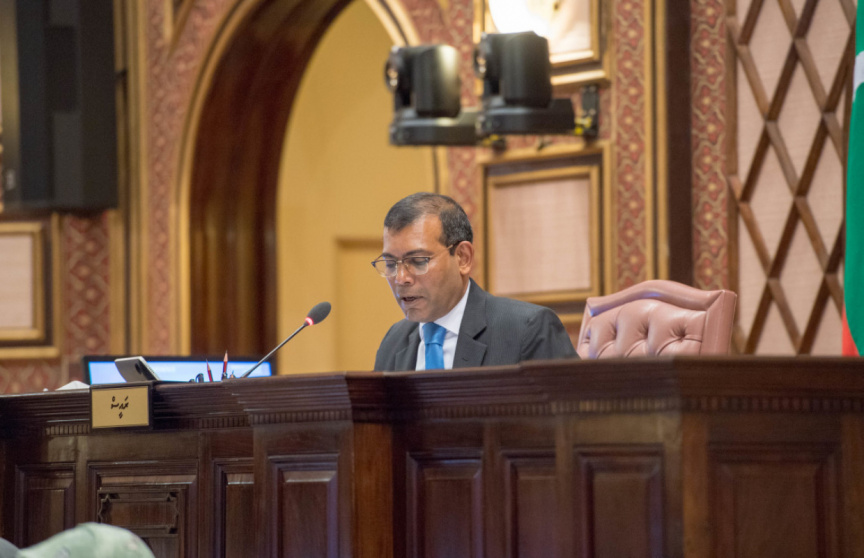 It has been nearly one month since the Independent Institutions Committee made its recommendation to impeach the two top officials at Maldives Broadcasting Commission; President Mohamed Shaheeb and Vice President Fathimath Zaina. The committee’s report hasn’t been read, and the impeachment motion has remained stymied.

Independent Institutions Committee passed its motion for a parliamentary vote to dismiss Shaheeb and Zaina on July 24.

The Parliament has been holding regular sessions. However, the motion hasn’t been scheduled and the reason for the delay is unclear.

The Independent Institutions Committee made its decision to start impeachment proceedings with the unanimous consensus of all committee members.

The Article, however, does not set down a notice period for the member to speak in his/her defense before an impeachment vote is taken.

Investigation into other commission members are in progress by the Independence Institutions Committee.

Rozaina reports a decision regarding the other commission members will be made after they are interviewed.

BroadCom’s former VP Ismail Sofwan and member Hassan Nabah voluntarily resigned from the commission soon after the parliamentary committee began its investigation into the commission.

Speaker Nasheed recently suggested establishing an additional committee to undertake appointment and dismissal of officials to independent State institutions. The suggestion failed to take with the MDP parliamentary group.

Convict in cop’s killing given time to hire a lawyer