State enterprises to be investigated for political spending 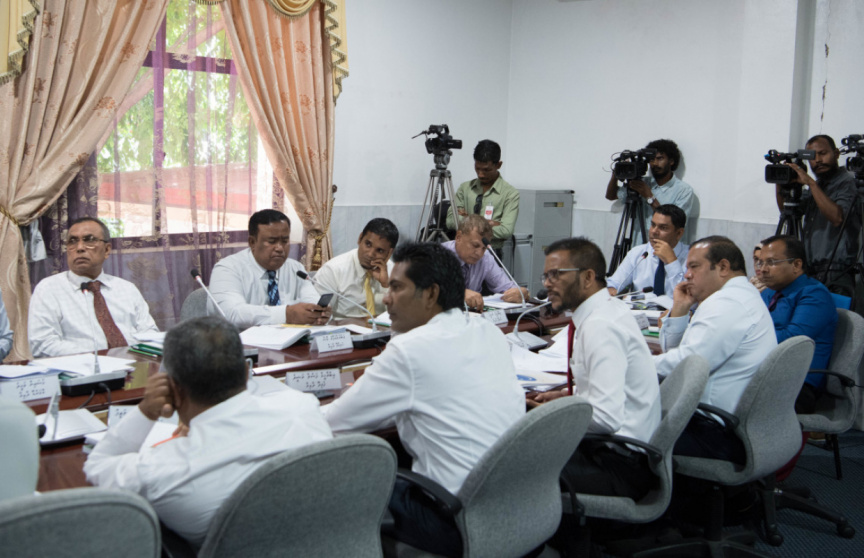 Members of Public Accounts Committee of the Parliament convene for a meeting. (Photo/People's Majlis)

Public Accounts Committee of the Parliament has made the decision to investigate all State-owned enterprises for spending on political campaigns over the past five years.

The investigation was suggested to the committee by Vilufushi MP Hassan Afeef.

The committee has now sent letters to all State-owned enterprises requesting audits to determine whether any political spending was carried out.

Committee members, during this Monday’s meeting, discussed documents submitted to the committee as evidence of political spending by State enterprises.

Aasandha Company, in a letter to the committee, said MVR 9.5 million was spent on a circumcision camp and on West Park. Meanwhile, Bank of Maldives (BML) has reported over MVR 100,000 in donations to the Gaza Fund – which the committee’s chair, Kinbidhoo MP Mohamed Nashiz ruled is not a political donation.