Maldives to criminalize recruitment of minors to gangs 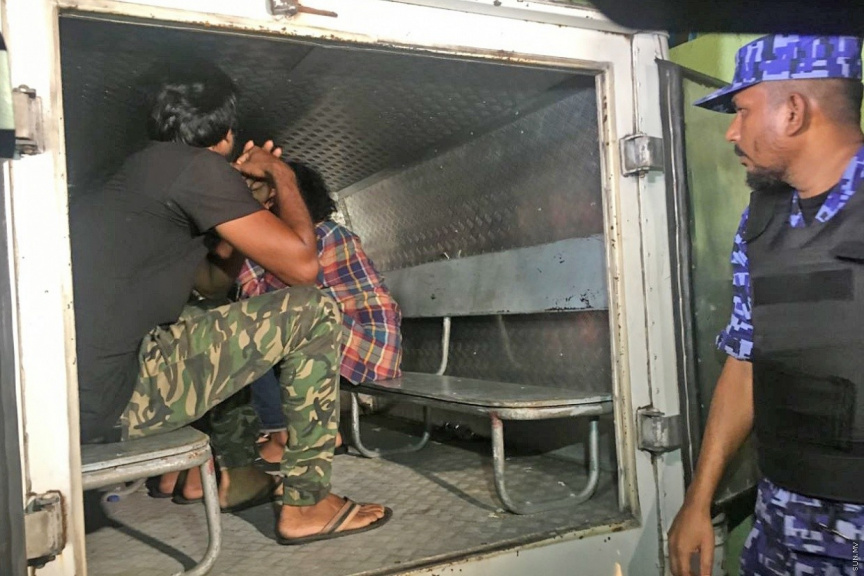 Committee on Human Rights and Gender of the Parliament has recommended criminalizing the recruitment of minors to criminal gangs.

The concessions allowed by law to juvenile offenders has led to an increase in recruitment of minors to gangs, and an overall increase in juvenile delinquency in Maldives.

The Human Rights and Gender Committee has conducted a probe into the exploitation of minors by criminal gangs. It presented its findings, and a special resolution made up of six key recommendations to remedy the issue to the general parliamentary assembly this Monday.

The committee, in its resolution, referred to Article 35 (a) of the Constitution which charges the State with the responsibility of protecting and promoting the rights of children, and pointed out the lack of existence of a law which codifies exploitation of minors as a separate criminal offense, and lack of punishment for exploitation of minors.

The committee has recommended a legal remedy to the issue, and the codification of exploitation of minors a separate criminal offense.

Two of the three bills which the committee has urged the government to expedite are now ready for submission to the Parliament, the Child Rights Protection Bill and Juvenile Justice Bill.

The Juvenile Justice Bill has been drafted to lower the minimum age of criminal responsibility of minors to 15 years.

Records released by the Juvenile Justice Unit shows 1,280 cases related to juvenile delinquency was submitted to the unit from 2015 to 2018. The majority of the cases involve children who leave school after 8th standard.

The majority of the cases submitted to the unit over the past eight years are cases involving gang violence. 25 cases involving possession of, or assault using a sharp-edged weapon was processed by the unit in 2018 alone. Several acts of gang violence which have taken in Maldives over recent years have resulted in deaths of children, some as young as 14 years.