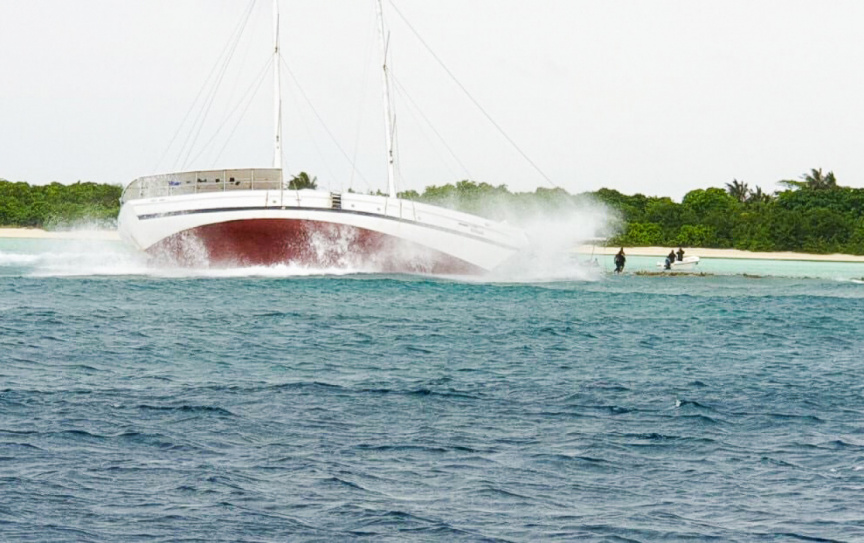 The yacht marooned on Dhiffushimaadhoo reef: Five people were on board when the incident happened. (Photo/MNDF)

A yacht has run aground on a reef near Dhiffushimaadhoo in Lhaviyani Atoll due to bad weather.

Authorities stated that it was a yacht operated by Kuredu Island Resort named "Muna Yacht" and it got stuck on a reef on the east of Dhiffushimaadhoo around dusk. The yacht was anchored at sea near the island when it ran aground on to the reef due to the bad weather and had been carrying four Maldivians and one foreigner at the time of the incident.

The crew of the yacht managed to swim to Dhiffushimaadhoo after the incident happened and are doing well according to the authorities. MNDF has stated that it is working to free the ship.

Due to the bad weather, a lot of incidents at sea are occurring and authorities have advised taking caution when traveling in bad weather.