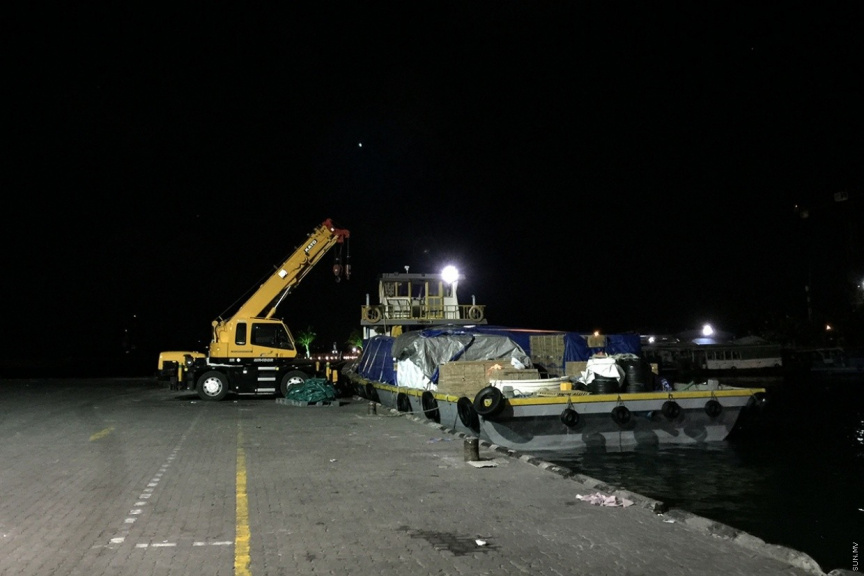 The suspect arrested with narcotics from the T-Jetty in Male’ City has been remanded to 15 days in jail.

The suspect, identified as a 40-year-old Maldivian male, was arrested from a cargo boat which was scheduled to depart to a Maldivian island on Thursday, August 1.

A police spokesperson reports the man was remanded to 15 days in jail by the Criminal Court on Thursday.

The man was arrested in an operation run by the police based on an intelligence report.

The narcotics seized in the operation weigh 80 grams.

The Drug Enforcement Department, Drug Intelligence and Upper North Division recently ran a week-long drug operation which led to the arrest of five suspects and seizure of 6.023 kilos of narcotics. The suspects were arrested on Tuesday, July 30, and include a high-profile drug trafficker.

The suspects, too, have been remanded to 15 days in jail.