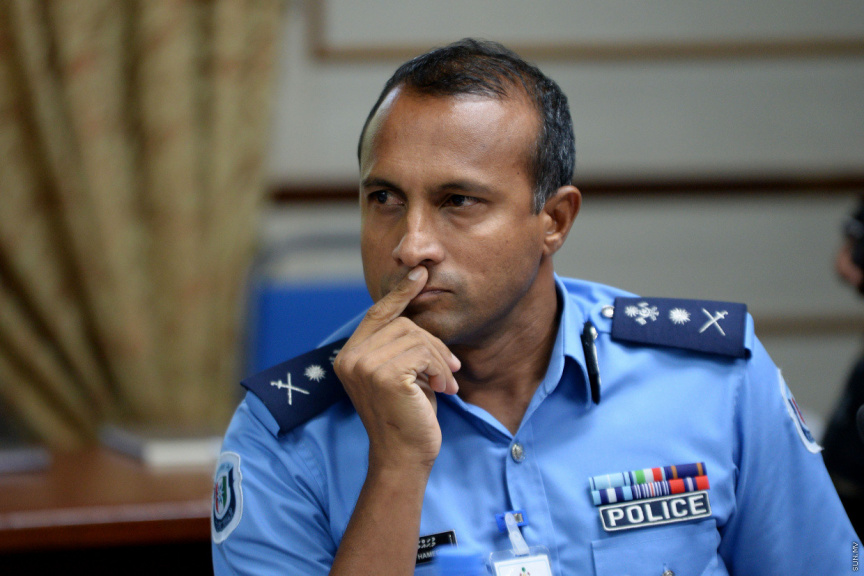 Maldives Police Service has refused to disclose any further information regarding former Vice President Ahmed Adeeb Abdul Gafoor’s escape from Maldives despite an active travel ban on him.

Adeeb’s escape first gained media attention on Thursday, August 1, after he was caught attempting to enter India illegally on a tugboat.

The police, in the two days which has passed since the story broke, issued only a short statement.

When asked for a comment regarding the latest developments in the case, the police respond that they have nothing further to add to their statement.

“The police will voluntarily disclose any additional information it finds necessary,” said a police spokesperson.

The police, in its statement on Thursday, only said that it was collaborating with bilateral partners to extradite Adeeb back to Maldives, and that it will take action against anyone who is found to have aided Adeeb in his escape.

Adeeb is the key suspect in the biggest embezzlement and money laundering case in Maldivian history. The escape of such a high-profile suspect has drawn criticism against Maldivian security officials.

It has been described as a huge intelligence failure.

The Indian press reports Adeeb was handed over to Maldivian authorities and deported from India on the same tugboat on which he entered Indian waters, Virgo 9, in the early hours of this Saturday morning.

There are also reports that Maldivian and Indian security and government officials boarded Virgo 9 and questioned Adeeb in the early hours of this Saturday prior to his deportation.

Neither the Maldivian police, nor the Indian government has issued official confirmation of the reports he has been deported from India.

Adeeb is believed to have boarded Virgo 9 on Saturday, July 27. The tugboat entered Indian waters on Wednesday, July 31, and docked at the Tuticorin Port on Thursday, August 1.

When questioned by Indian authorities, Adeeb requested asylum from India alleging he was being coerced into issuing a statement by the Maldivian police.

Indian authorities found Adeeb’s entry to India was not at a designated point, and that he did not possess travel documents. He was therefore not allowed to disembark the tugboat Virgo 9 and remained under custody of Indian authorities.

He was also denied his request for asylum.