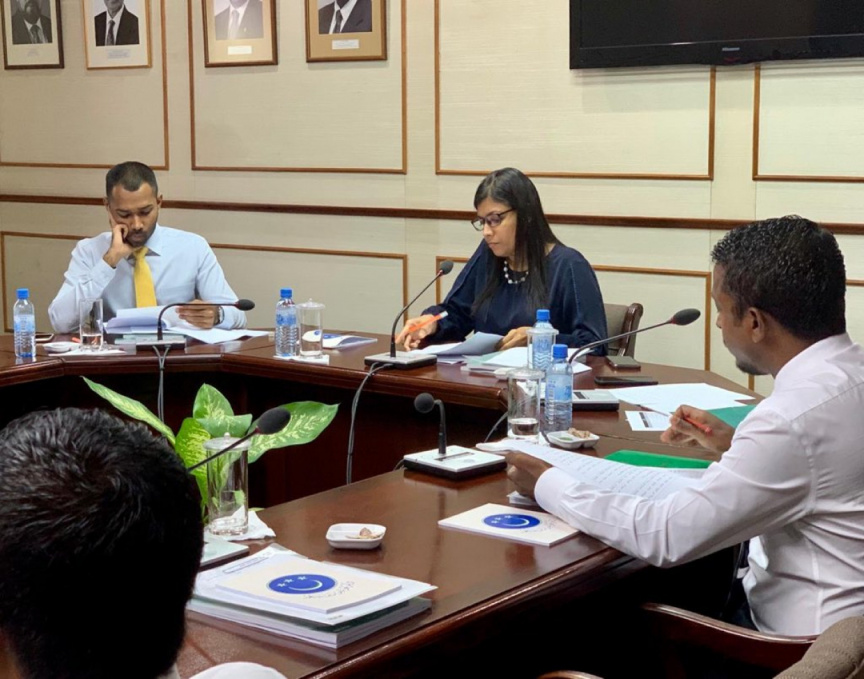 Rozaina Adam (C) chairs over a meeting of the Independent Institutions Committee of the Parliament. (File Photo/People's Majlis)

The evaluation and allocation of marks to nominees to membership of Anti-Corruption Commission (ACC) by the Independent Institutions Committee has created conflict within ruling Maldivian Democratic Party (MDP) parliamentary group.

The term of the current ACC membership expires on September 9. The Independent Institutions Committee has evaluated and presented its findings on 12 candidates who were shortlisted by the President, to the parliamentary floor.

Candidates need to secure above 75 percent marks to be eligible for membership to State institutions.

The committee found five candidates to have secured enough marks to be eligible for ACC membership. They are:

The allocation of marks to the candidates has reportedly resulted in conflict within MDP parliamentary group, after some of the candidates championed by senior MDP officials failed to secure enough marks to warrant eligibility. They have accused the committee of deliberately disqualifying the candidates.

In response to the comment, Chair of Independent Institutions Committee, Rozaina Adam said the policy had already been recently revised. She said the current policy was approved by both the Speaker of the Parliament, and all members of the committee.

“I have asked all parliamentarians to share any information they may have on candidates to this committee,” said Rozaina.

The candidates shortlisted by the President had originally included former Auditor General Ibrahim Niyaz – who had been considered as many as a shoo-in for ACC membership. Niyaz, however, failed to secure sufficient marks during the evaluation process and has now been disqualified.