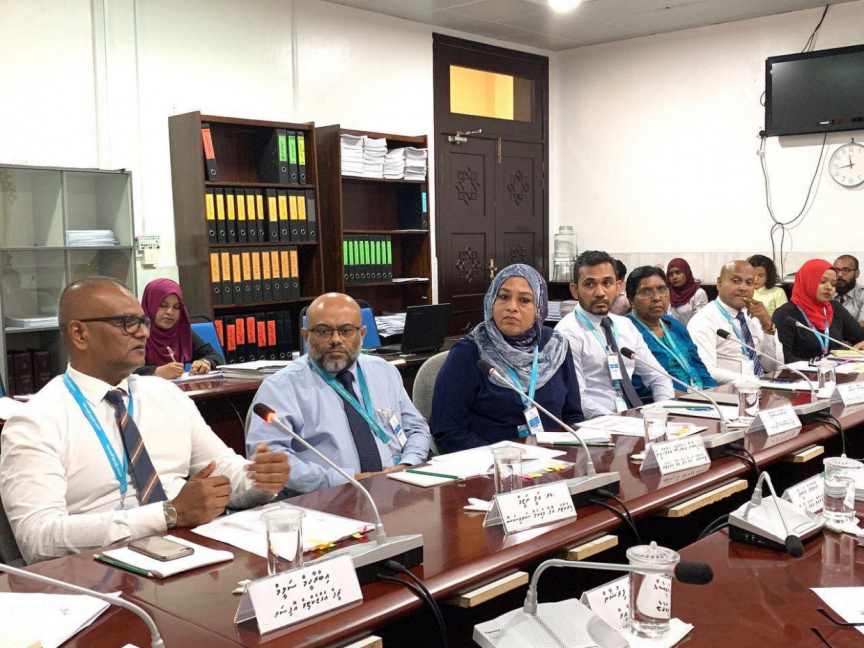 Members of the committee meeting with officials from IGMH. (Photo/Parliament)

Indira Gandhi Memorial Hospital (IGMH) has stated that it is concerned that a lot of people are withdrawing and backtracking on bonds after receiving training and higher education on the hospital's pay leave or government's expense.

Speaking at the Parliament's Committee on Social Affairs, IGMH's medical services director Dr. Ali Nazeem stated that most people backtracked on bonds and this was a major issue for the hospital. Dr. Nazeem stated that it seems bonds are not that powerful these days.

He stated that it was a sad matter when someone studies on behalf of the government and fails to serve the government. Dr. Nazeem went on to state that currently there are only about 12 senior doctors at the hospital and that if the individuals trained by the hospital had remained, the figure would be somewhere between 30-35.

Nazeem voiced his dissatisfaction that all the opportunities are endowed upon the Ministry and the reason why this happens is that IGMH is not viewed as a separate institution.

Committee chair and Kendhikulhudhoo MP Ahmed Easa asked the director to detail these issues in a letter to the committee. The chairman member also stated that after discussions the opportunity to amend the laws was also available and that the Parliament would work to fix the issues with training IGMH employees.