Attempts were made to "kidnap" me: EC Shareef 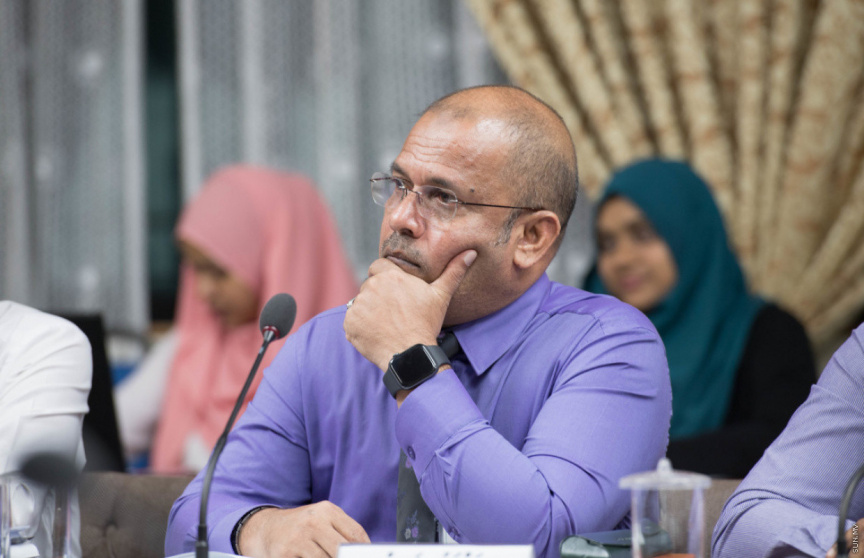 Shareef stated that he was informed by police that attempts were made to "kidnap" him. (Photo/ Parliament)

The president of the Elections Commission Ahmed Shareef has said that after the last presidential election, there were attempts made to "kidnap" him.

The commission previously stated that threats were made against commission members and employees after allegations of falsifying the election results.

Answering the questions of committee members in today's meeting of Parliamentary Committee on Independent Institutions, Shareef stated that even though they had to work in fear during the election days, that fear has now passed.

"The police informed me that there were attempts made to "kidnap" me," said Shareef. This is something that he had not publicly said so before and provided no details on the matter.

Attempts to take an employee hostage!

When asked if the rumors suggesting an employee of the Elections Commission was taken hostage were true by Bilehdhoo MP Ahmed Haleem, Shareef confirmed that it was true. "His family called me late at night and told me that the employee had gone out on Commission matters, to which I replied that there were no Commission matters at this hour. I reported this matter to the Police at once," said Shareef.

President meets the heads of B. Fehendhoo