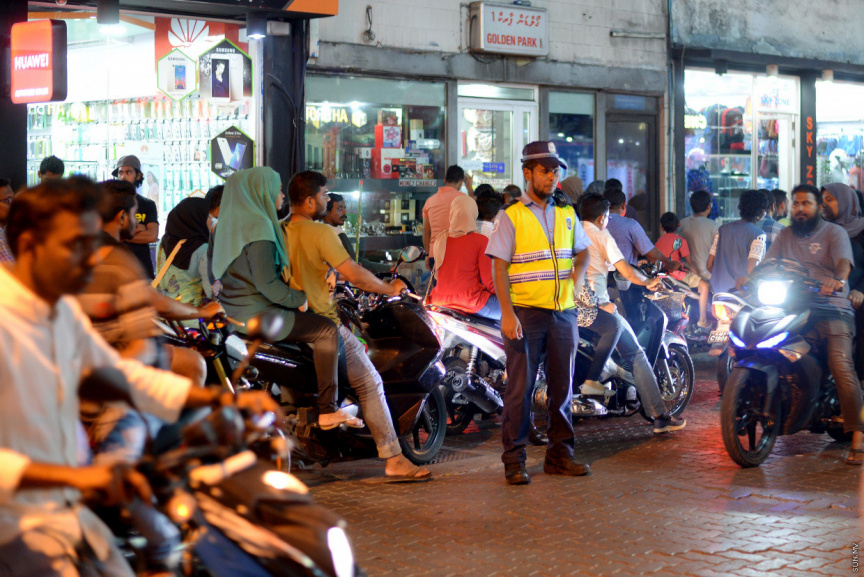 50 traffic accidents, license of 5 seized by police in Male’

The Police Traffic Management Department released its statistics for the one-week period from July 20 to July 26 this Sunday.

The records show 15 people sustained injuries in 50 traffic accidents during the period, and the police seized the driving license of five people in connection to the accidents.

The police recorded 55 cases of over speeding, two cases of underage driving, and 13 violations of traffic signals.